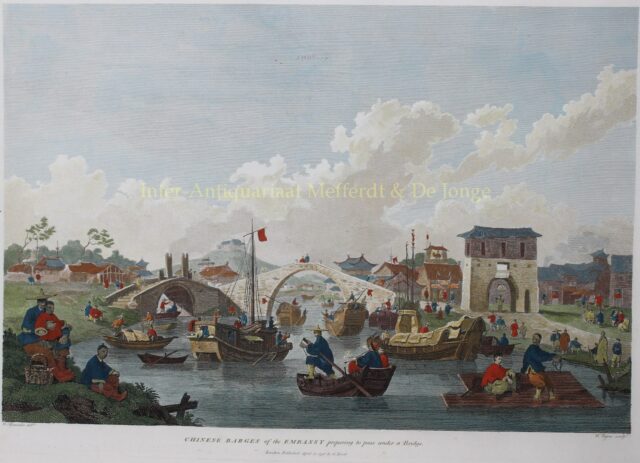 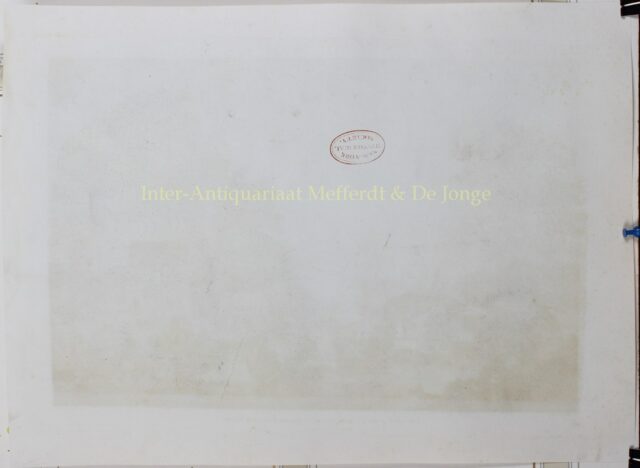 “Chinese Barges of the Embassy preparing to pass under a bridge.” Copper engraving by W. Bryne after a drawing by William Alexander (1767-1816 ) from the “Authentic account of an embassy from the King of Great Britain to the Emperor of China; including cursory observations made, and information obtained, in travelling through that ancient empire” written by Sir George Leonard Staunton and published April 12, 1796 in London by G. Nicol. Coloured by a later hand. Size (image): 29,8 x 44,8 cm.

Staunton describes this particular engraving as follows: “Tho some of the bridges in China are sufficiently high to admit of vessels to pass through their arches without striking their masts, yet as there are others of a lower construction, the masts of all their barges are contrived to lower down occasionally. To prevent carriages from passing over those bridges that are intended only for the accommodation of foot passengers, they are ascended by steps, as appears upon that on the left side of the print, under which a communication is sormed between the grand canal and another branching off from it, without any inconvenience to foot passengers, or those people whose employment is to track the barges.”