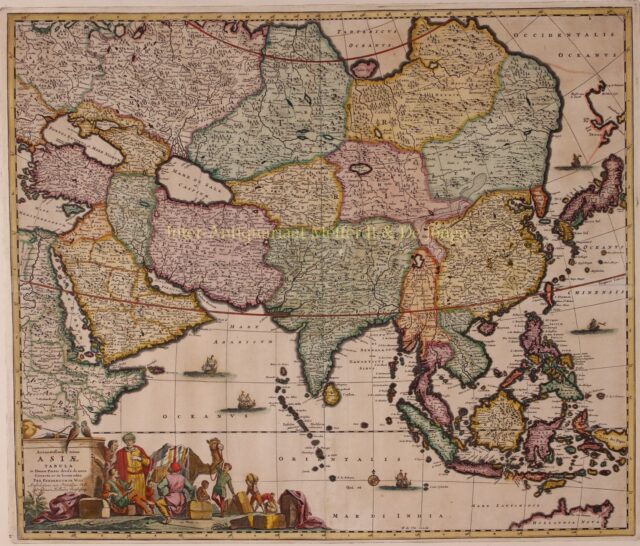 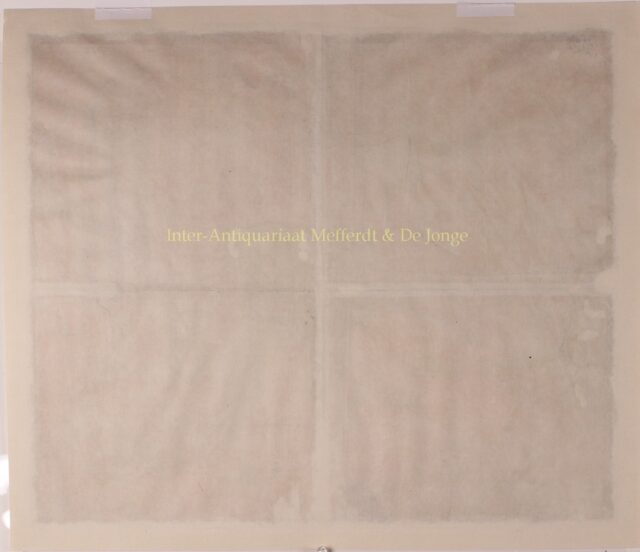 The extent of European knowledge of the region is depicted with good detail throughout the south and south east, based on the surveys of the Dutch East India Company, while northern and central Asia is filled mostly with mountains and forests and shows the coastline of Yedso [the island of Hokkaido] above Japan. The work of the Jesuit missionaries is reflected in the well-documented region of China. In the lower right corner there is the northern part of Hollandia Nova (Australia) and a hint of New Guinea.

The large title cartouche shows  a busy scene with traders and their cargo.

The copper plate of Frederick de Wit’s map was used by the Danckerts publishing family for a reprint a few years later.