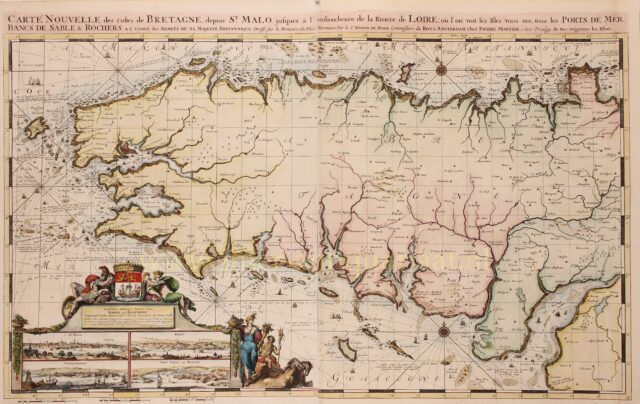 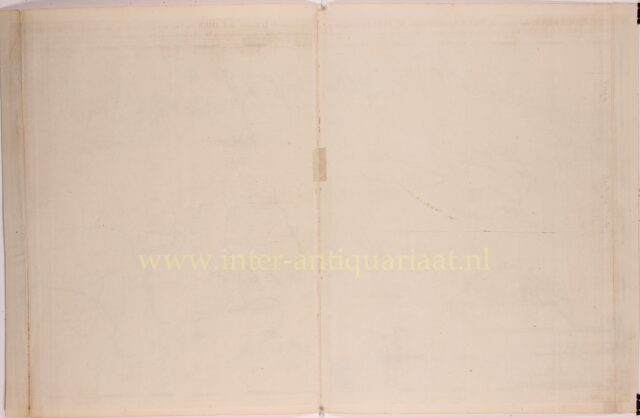 Elaborately etched and engraved chart of Brittany (Bretagne) between the town of Saint-Malo and the mouth of the Loire river. With inset views of Saint-Malo, Brest, Concarneau, and Port-Louis (where the French East India Company was established) on the Blavet river mouth.

From the 15th to the 18th century, Brittany reached an economic golden age. The region was located on the seaways near Spain, England and the Netherlands and it greatly benefited from the creation of a French colonial empire. Seaports like Brest and Saint-Brieuc quickly expanded, and Lorient, was founded in the 17th century. Saint-Malo then was known for its corsairs, Brest was a major base for the French Navy and Nantes flourished with the Atlantic slave trade. On its side, the inland provided hemp ropes and canvas and linen sheets.