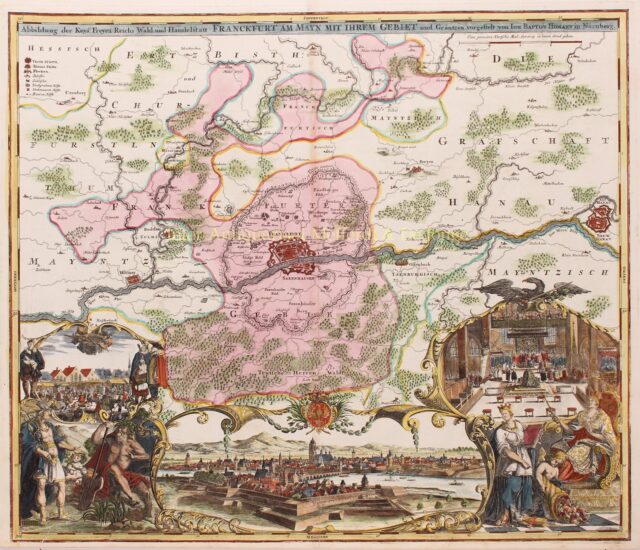 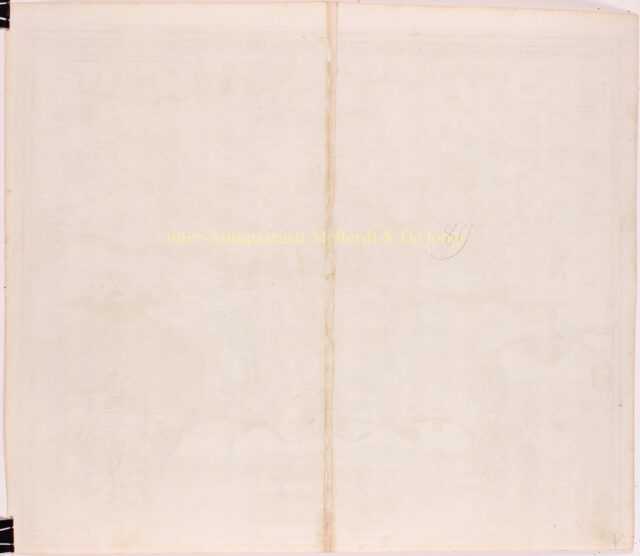 At the Peace of Westphalia (1648) Frankfurt am Main was confirmed an imperial free city (German: “freie Reichsstadt”) and experienced a period of peace and growing wealth for over a century. Beginning around 1700 the Enlightenment not only brings economic, but also cultural impulses to the city of Frankfurt.

The map is beautifully decorated with a panoramic view of the city, a market scene flanked by Hermes, herald of the gods and looking over the world’s merchants, together with rivergod Moenus of the Main, and a putto with grapes, very important to the Taunus region surrounding Frankfurt. In the lower right shows a coronation ceremony in the cathedral (German: “Kaiserdom St. Bartholomäus”), below a female personification of the city holding a book referring to the invention of printing in nearby Mainz therewith spreading education and knowledge, and a seated Germania symbolising the unity of the German states, between them there is a putto with a cornucopia symbolizing the prosperity of the city.