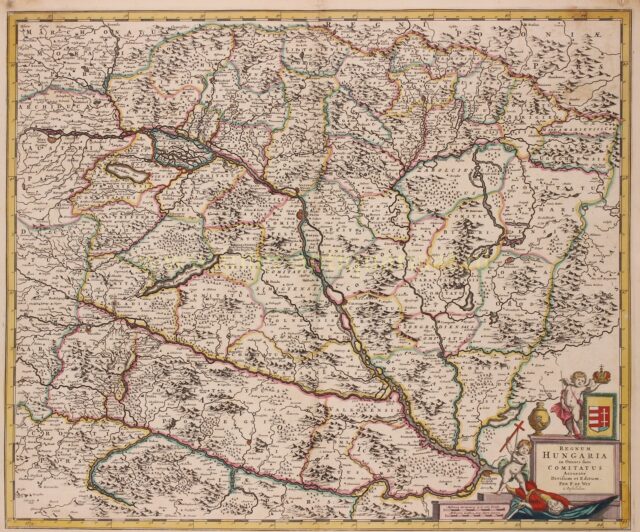 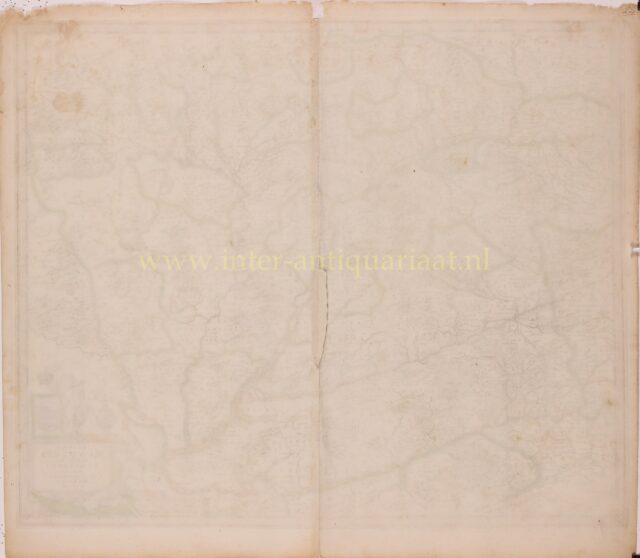 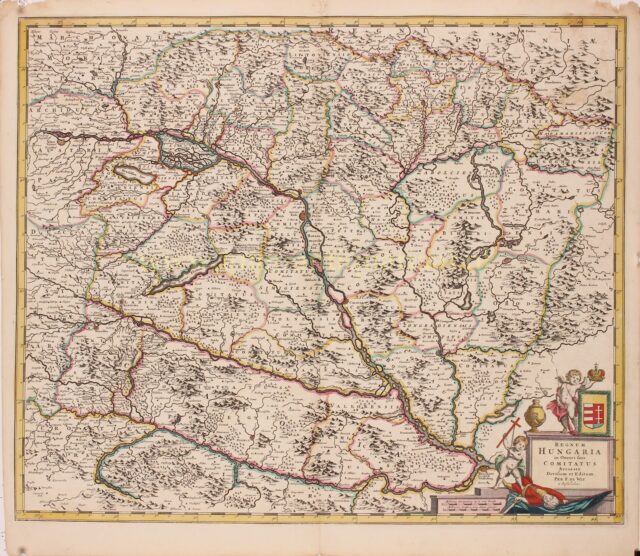 “Regnum Hungariae in Omnes suos Comitatus” [The Kingdom of Hungary with all its counties], copper engraving published by Frederick de Wit around 1680. With original hand colouring. Size: 57,5 x 48,5 cm.

Fine map of Hungary with Croatia and Bosnia along the southwest corner of the map. Austria in the northwest corner including Vienna, Poland in the northeast and Transylvania in the eastern corner, with Belgrade bordering the cartouche.

The map’s allegorical cartouche invokes the state of war between Europe and the Ottoman Empire that existed in the region. A putto is wielding a cross and standing astride a fallen Turk, another is holding a crown. Both little angels are suggesting the advancing fortunes of the Christian kings.

The Great Turkish War that was going on, between the Ottoman Empire and the Holy League consisting of the Holy Roman Empire, Poland-Lithuania, Venice, Russia, and Habsburg Hungary. Intensive fighting began in 1683 and ended with the signing of the Treaty of Karlowitz in 1699. The war was a defeat for the Ottoman Empire, which for the first time lost large amounts of territory, in Hungary and the Polish–Lithuanian Commonwealth, as well as part of the western Balkans. The second siege of Vienna of 1683, is perceived as a decisive Austrian victory that saved Western civilization and marked the decline of the Ottoman Empire.