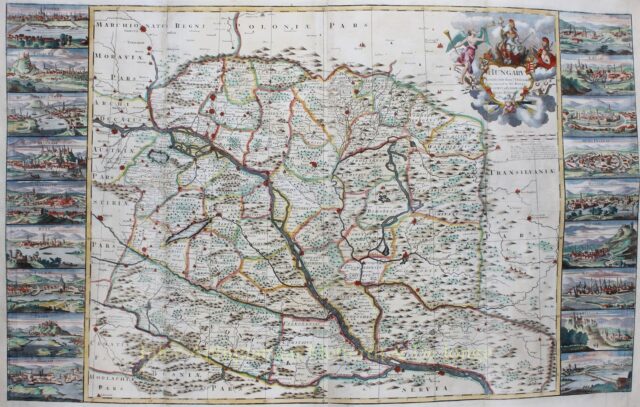 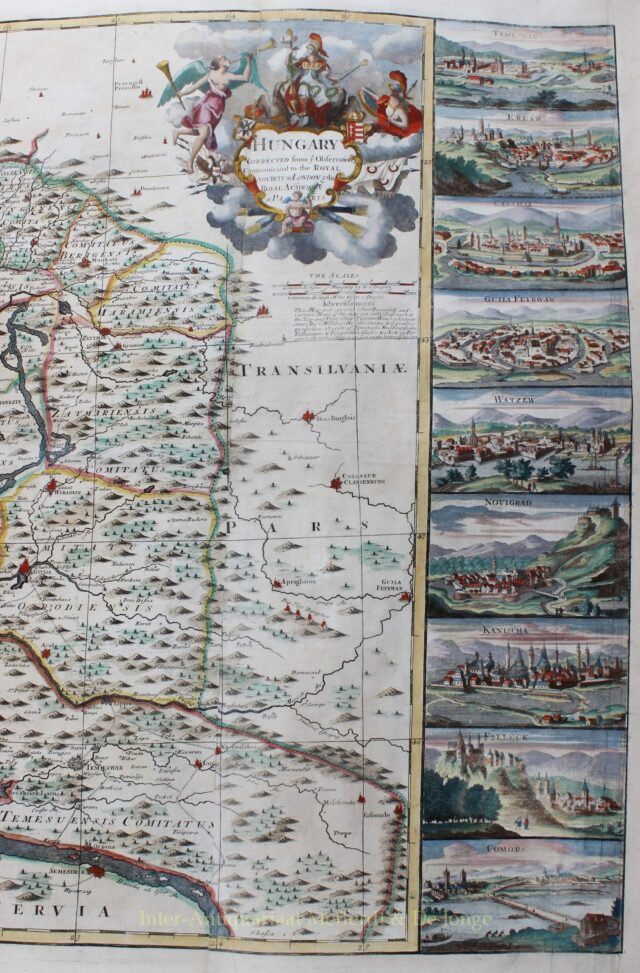 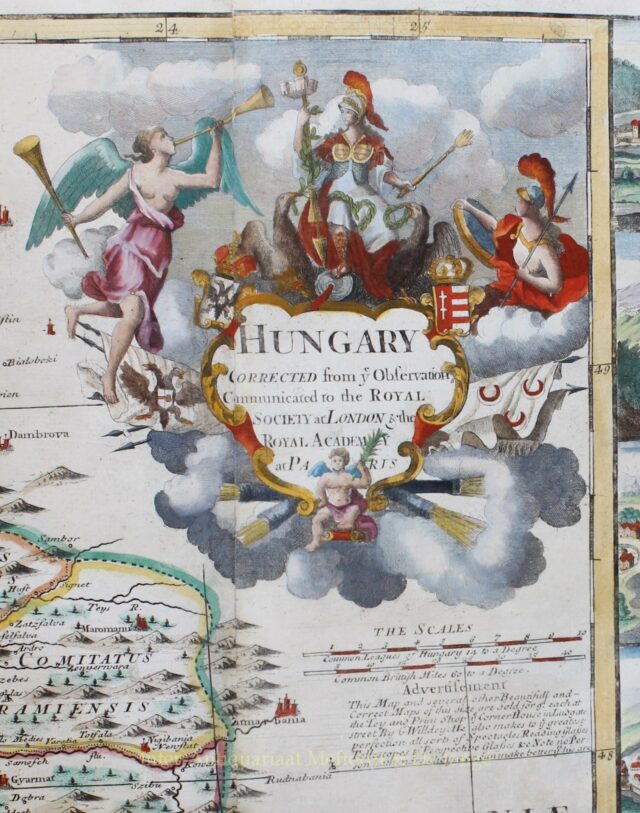 “Hungary corrected from the observations communicated to the Royal Society at London and the Royal Academy at Paris.” Copper engraving by George Willdey, published in London c. 1720. Coloured by a later hand. Size: 63 x 102,5 cm

This  highly  decorative  and  rare  separately-printed  early  18th Century  map  depicts  the  Kingdom  of  Hungary,  which  included  all  of  the  modern  nation  of  Hungary,  as  well  as  parts  of  Slovakia, Romania,  Serbia  and  Croatia. At the time of publication Hungary was in the process of becoming a hereditary monarchy under the Habsburgs.

The  land  is divided into  the  various counties and pictorially depicts the various fortified centres that guarded what had long been a frontier region between the Habsburg and Ottoman empires.

This large map is highly detailed, with virtually every village,  river  and  major  road  detailed. The  work  was  separately  published,  although  some  examples  were included in composite atlases.

“This map and several other beautiful and correct maps of this size are sold for 9 pennies each at the toy and print shop in the corner house at Ludgate street by G. Willdey. He also makes to the greatest perfection all sorts of spectacles, reading glasses, telescopes and perspective glasses. Note no person has more choice or can make better than his are.”

George Willdey (c. 1676-1737) was a flamboyant London shopkeeper with prestigious premises close to St. Paul’s Cathedral. He had broad commercial interests; his shop was stocked with all manner of goods and commodities, including snuff, clocks, globes, wallets, lanterns, a camera obscura, and many scientific instruments. However, the cartographic side of his business seems not to have been very successful, and few examples of his maps survived.