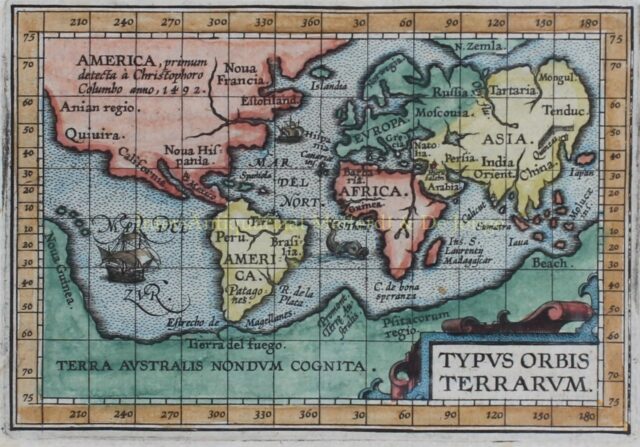 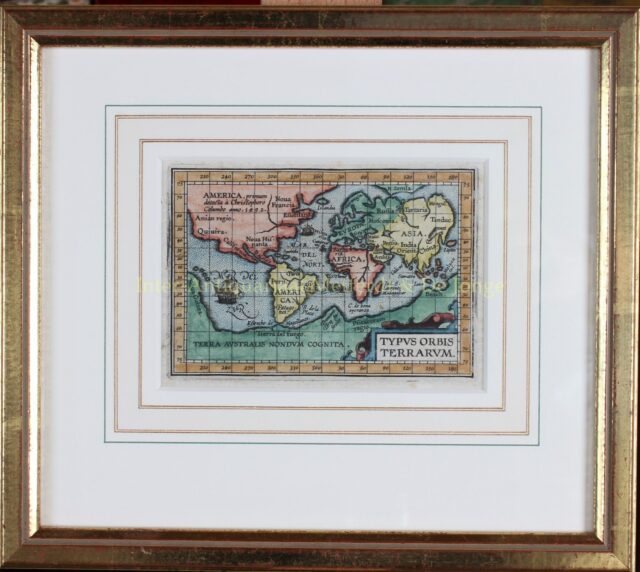 Finely engraved example of this scarce miniature map of the world on Mercator’s projection, enclosed in a wide border marking the degrees of latitude and longitude.

In the New World the map notes its discovery by Christopher Columbus in 1492 and further names California, Quivira, Estotiland, Nova Francia, Nova Hispania, etc. It includes a fantastic depiction of the “Terra Australis Nondum Cognita”, with some early details based upon Marco Polo, including the name “Beach”.

Korea is shown as a peninsula, one of the earliest maps to properly depict its configuration. A narrow “Estrecho de Magellanes” is shown. Another fascinating element of the map is the length of the Nile, running nearly to South Africa.