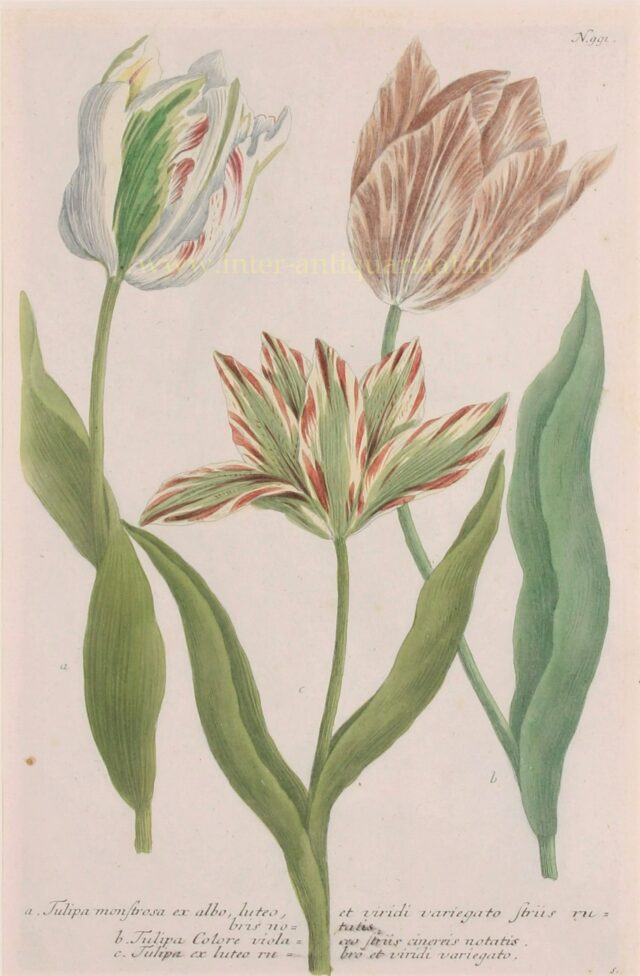 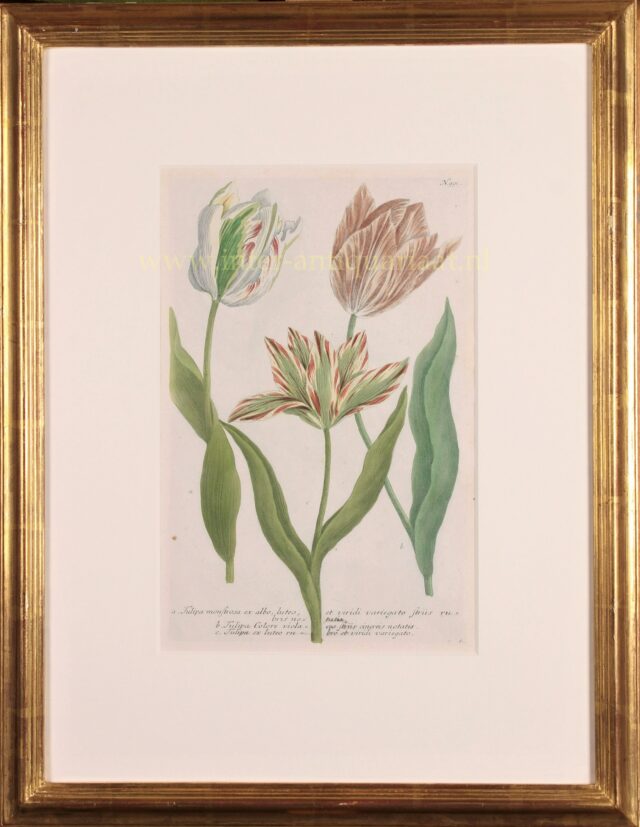 The mezzotint process used fort he Phytanthoza had been invented by Johan Teyler in the Netherlands around 1688. As practiced here by Bartholomäus Seuter (1678-1754), it was really a combination of etching and mezzotint, which made possible delicate lines and a very fine grain. The addition of hand-tinting brought about unusual and subtle effects.