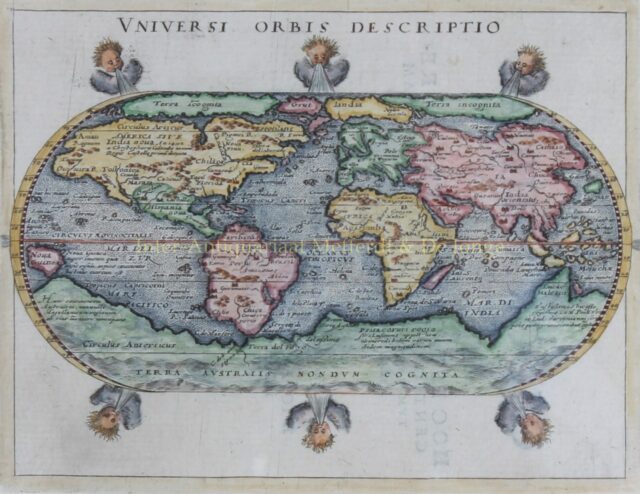 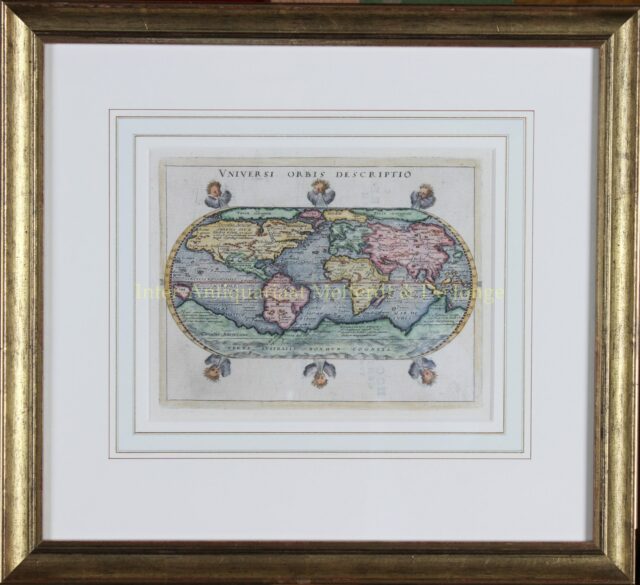 Girolamo Porro took Arbraham Ortelius’ popular oval projection and reduced it to octavo size for Magini’s Geographiae. There is some loss of detail, but the information is very clearly presented. The world is surrounded by six winds, and the geography of the map is quite up-to-date.

The great, hypothetical southern continent is shown along the bottom of the map, and the equally mythical islands around the north pole are also indicated.

Porro shows a northwest and a northeast passage, both ending in a ‘strait of Anian’ separating North America from Asia.

A delightful example of the current understanding of the world at the end of the sixteenth century. Two misspellings on this map differentiate it from the 1596 Venice edition. In the upper left top and bottoms of the map area is “Terra Icognita” instead of “Incognita” and “Circulus Anterticus” instead of “Antarcticus” as in the earlier version. The probability is that this represents a newly engraved plate.