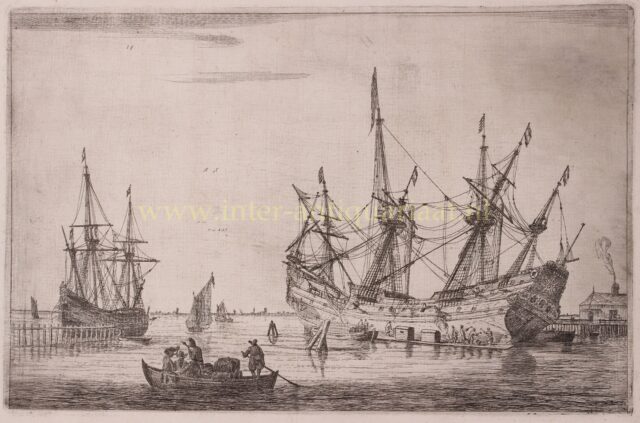 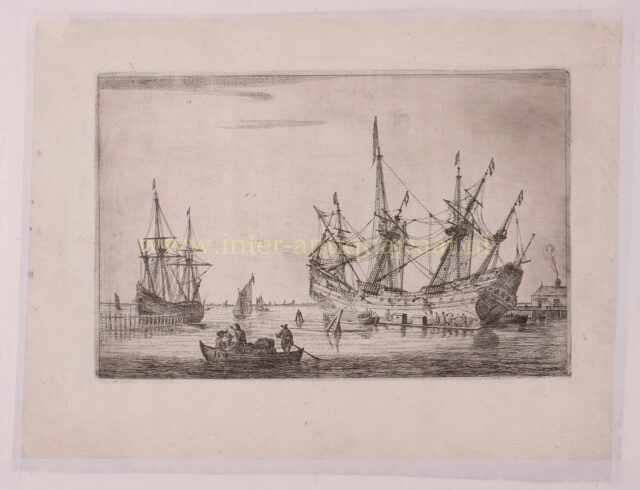 Reinier Nooms reached the peak of his career in the middle of the seventeenth century and was surely was of Amsterdam’s most distinguished and renowned marine painters. He is especially well known and appreciated for his etched oeuvre. He may have become acquainted with the art of etching during his stay in Paris between 1650 and 1652, possibly training in the workshop of Matthijs van Plattenberg.

As in his paintings, the artistic challenge of capturing the atmospheric effects of depth and light is similarly felt in Zeeman’s etchings. Quite typical are the occasionally densely hatched drypoint patterns simulating the transparency of floating clouds, and the little etched dots that evoke the play of shadow and light on the sails, testifying to the artist’s technical range.

Remarkably, most of Zeeman’s plates were frequently reprinted over a long period of time with being reworked or retouched. On the one hand this bespeaks the immense popularity and demand for his prints, and on the other hand it is a token of the enduring quality of Zeeman’s etching procedure.

This particular etching is from a series of large harbour scenes, probably Zeeman’s last project in the realm of printmaking. London based print publisher Arthur Tooker acquired the plates of the series from the Zeeman (or from his widow in 1667). When Tooker reprinted the series, the copper plates were cut back along the complete lower plate-mark. Therewith deleting the inscriptions with information (presumably in Dutch) about the scenes.

Here we see men busy caulking a ship’s hull, closing the gaps between the planks using oakum (from old tarry ropes and cordage). Caulking chisels or irons are used to drive the oakum into the seams. The caulking chisel is a very blunt tool, to avoid cutting the fibers in the oakum. The caulking is covered over with tar that has been liquefied by heating.