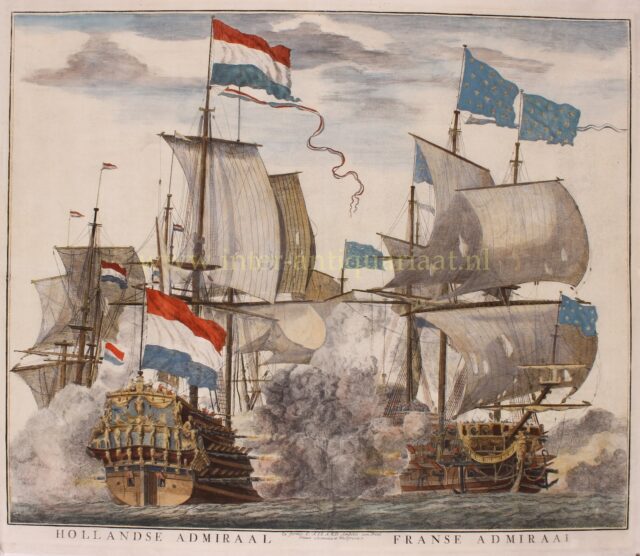 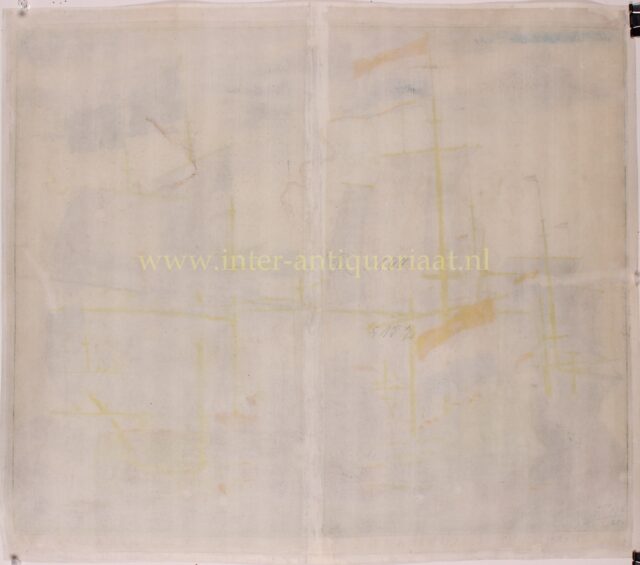 To counter the expansionist drive of king Louis XIV of France, the States General of the Netherlands and William of Orange brought the Dutch and English into the conflict against France and were soon joined by other states, meaning the French king faced a powerful coalition aimed at curtailing his ambitions.

In 1692 Louis intended to land in England with a Franco-Irish fleet of 44 ships of the line (the Anglo-Dutch had 82). However, during the naval battles at Barfleur and La Hougue off the Normandy peninsula of Cotentin, the French lost 15 ships. The French war fleet now was no longer the largest in the world (England took over that position and would remain the state with the largest fleet until the 20th century).

Whether the Dutch and French flagships, both with three gun decks, actually battled each other as seen in this engraving, is uncertain. But for sure, the victory had to be recorded and shown to a wide audience. (In the event of a defeat, the Dutch -of course- would have never made a print.)

The Peace of Rijswijk puts an end to the Nine Years’ War. The Dutch Republic then focused on its land army and had high war debts. It was unable to build many warships and weakened as a maritime power.

Later (in the 18th century), this engraving was added by publisher Gerard Van Keulen to his sea atlas. The scene has not lost its convincing power since, even still today: the Netherlands used to be one of the world’s strongest maritime nations.