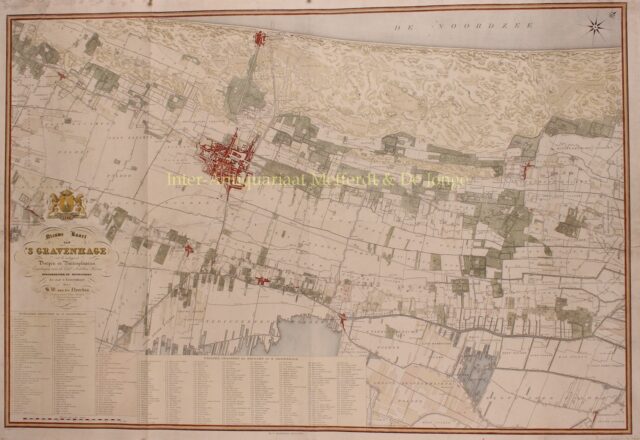 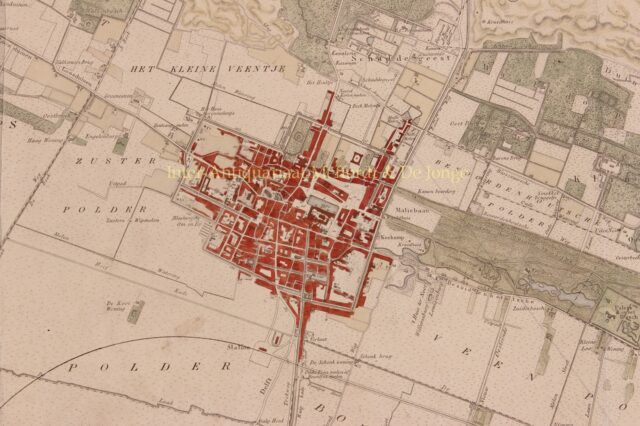 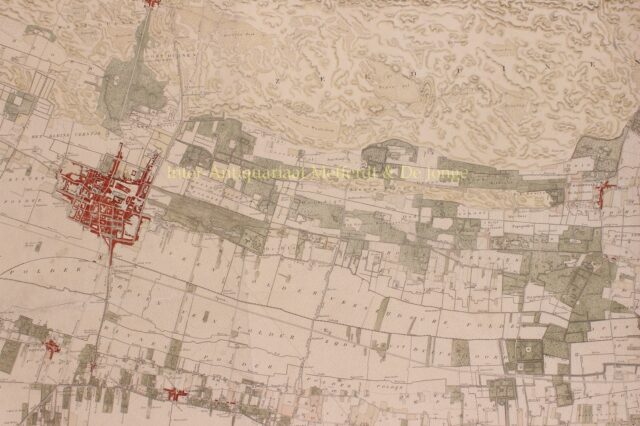 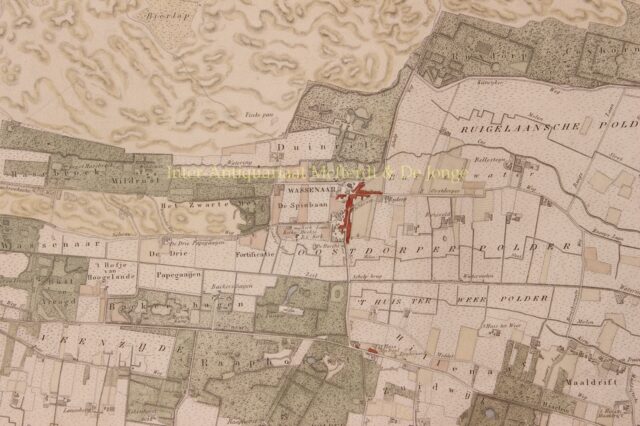 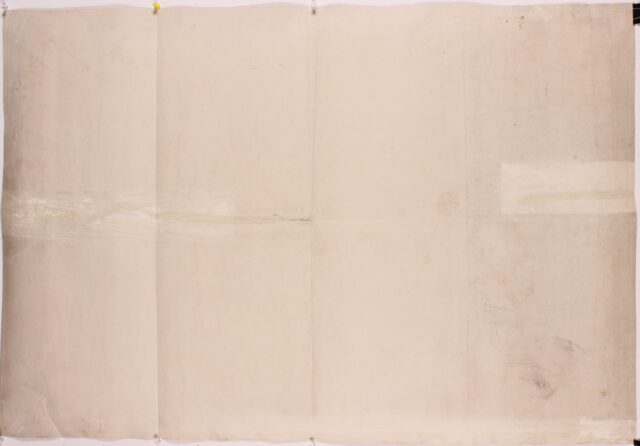 This highly detailed map which is dedicated to the mayor and governors of The Hague shows how many estates and buitenplaatsen [country mansions] were in the vicinity of The Hague and Wassenaar.

The map is reviewed in De Avondbode of 31 October 1839, where the superior work and accuracy of chief surveyor Van der Noordaa, who worked for the cadastre in The Hague, is praised.

The map shows us The Hague and surroundings, and the entire area along the Northsea coast of South Holland with the municipalities of Wassenaar, ‘s Gravezande, Monster, Loosduinen, Rijswijk, Voorburg, and some of the polders of the Rijnland.

The work is admirably accurate. Of the villages Loosduinen, Wateringen, Rijswijk , Voorburg, Leidschendam, Zoeterwoude, Voorschoten, Wassenaar and Scheveningen, all the important buildings are indicated, as well as all borders between polders and between municipalities, all roads, waterways and bridges. Also marked are all pastures, farmland, agricultural fields, forrests and dunes. Particularly noteworthy is the detail of the country estates, not only does it show the mansions, cupolas and other buildings, but also the ponds, parks and pleasure grounds. Greatly accurate are the estates in the municipalities of Wassenaar and Voorschoten, such as: Duivenvoorde, Ter Horst, te Paauw, Raaphorst, Bakkershagen, Rijksdorp and Coxhorn, Groot-Hazebroek, Voorlinden en Blankenburg, Duinzigt, Marlot. No less accurate is the depiction of the Haagse Bos with all its paths, ponds and surrounding houses and gardens. Most precise however, is the rendering of The Hague. Although only a small part of the map, it notes 111 buildings and 217 streets, canals and bridges.

The Avondbode reviewer finishes with the wish that the maps is bought not only by lovers of arts and sciences, as well as the landowners whose properties are on the map, but also by others in order that the mapmakers are encouraged to make more equally important and precious pieces.