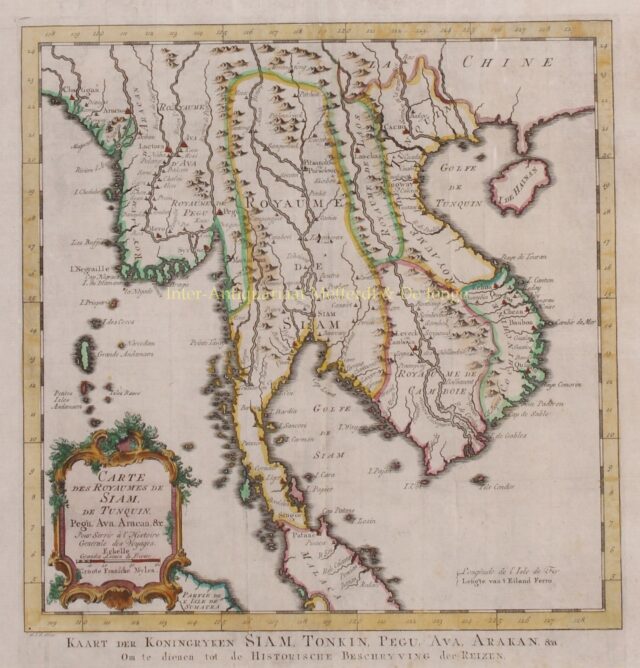 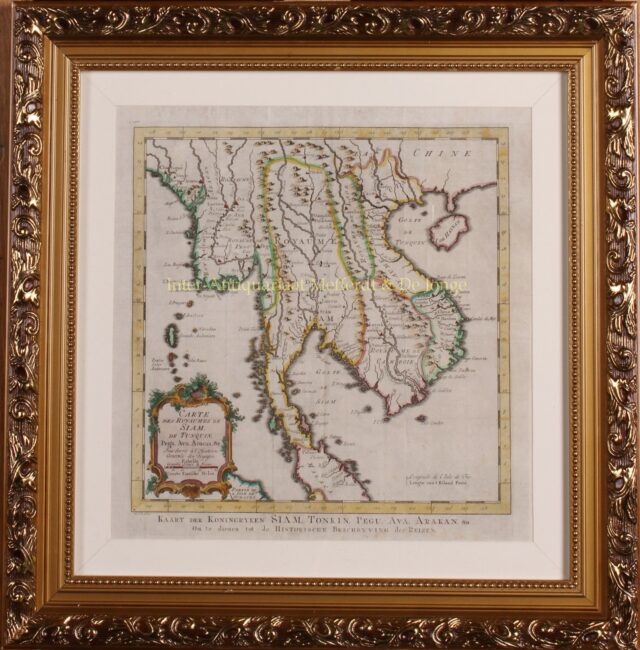 This map of South-East Asia encompasses the former Kingdoms of Siam, Tonkin, Pegu, Ava, Cambodia, Laos and Arakan, as well as Dutch Malacca, and Hainan, modern day Myanmar, Thailand, Laos, Vietnam, Cambodia, Malaysia and parts of Indonesia and China. It is based on the information provided by French Jesuits.

In the bottom left corner, the title and scale in French miles is boxed in an elaborate baroque cartouche embellished with foliage.