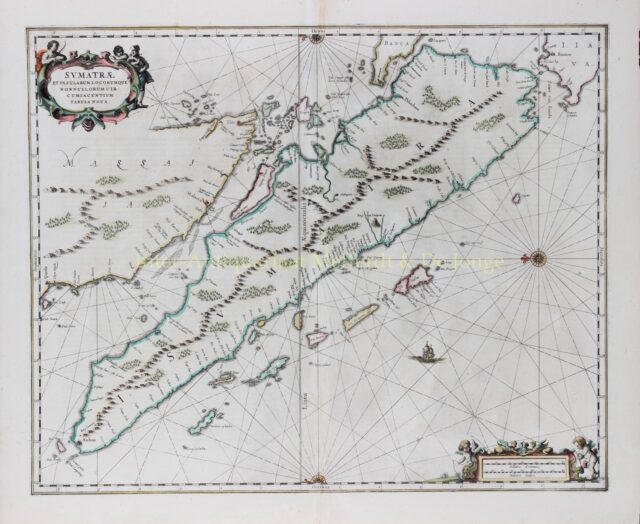 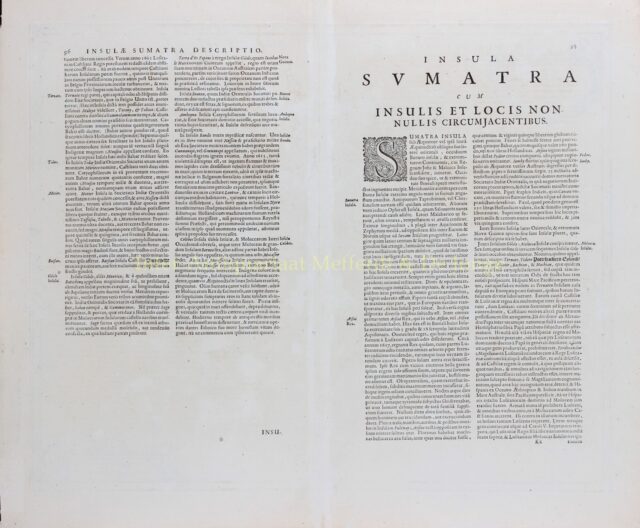 FINE CHART OF SUMATRA AND THE SOUTHERN COASTS OF MALAYSIA.

North is orientated to the left of the page. Singapore is probably identified just to the south of Ihor (Johor Bahru) as Senasur. As the map appeared in an atlas of sea charts, little interior detail is given but the coastlines, settlements and principal coastal features are identified. It is one of the earliest detailed depictions of Sumatra and remained the most important map of the region until well into the eighteenth century.

A sailing ship and two cartouches embellish the chart: a title cartouche with three allegorical figures and a mileage scale with two surveying putti.

In earlier times, Sumatra had been mistaken for the Island of Sri Lanka or Taprobana. The name Taprobana, had been applied to maps of Sumatra from the fifteenth century, after a misunderstanding by the Italian traveller Nicolo de Conti. De Conti dismissed the idea that Sri Lanka was Taprobana and so identified Sumatra as the mythical island described by geographers as Eratosthenes, Strabo, Pliny, Claudius Ptolemy and Cosmas.