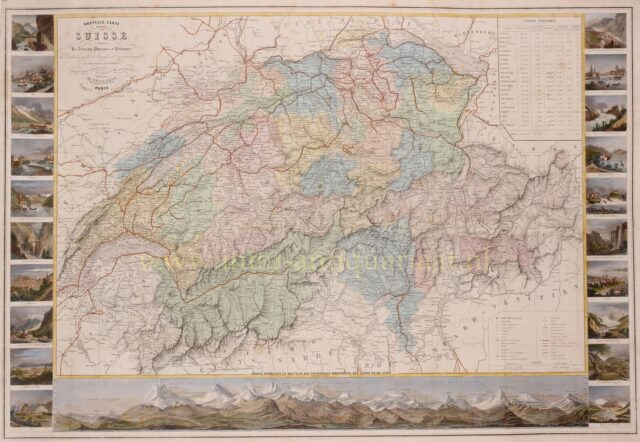 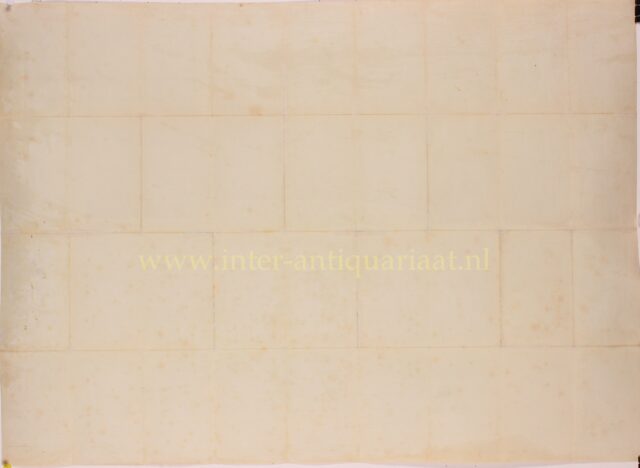 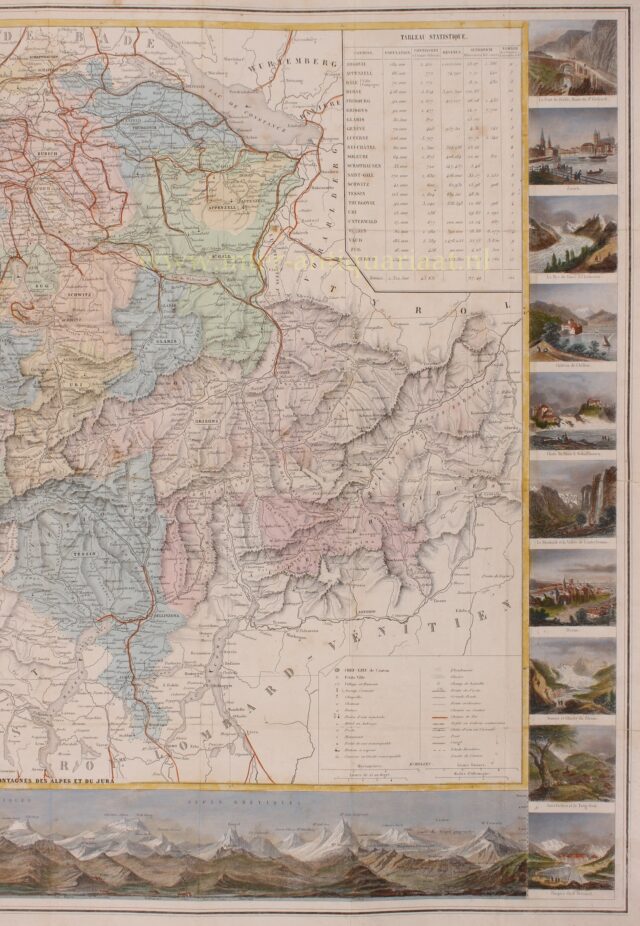 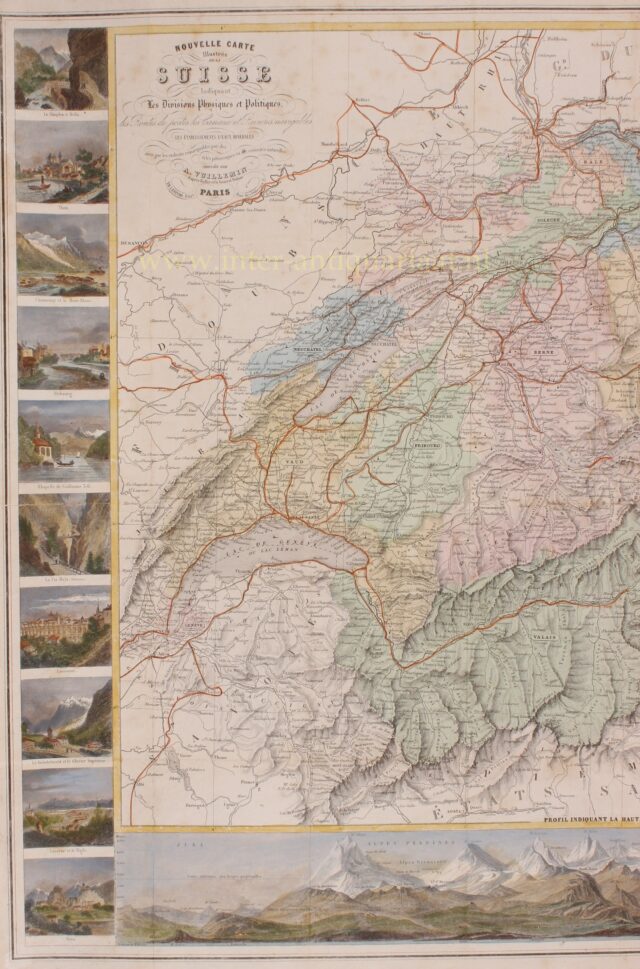 “Nouvelle carte illustrée de la Suisse…”.  Lithograph made by A. Vuillemin after the suverying work by Guillaume Henri Dufour, published in Paris by Th. Lefèvre around 1850. Coloured by a later hand. Size. (incl. views): 60 x 85 cm.

In the wake of the July Revolution of 1830 the “restored” Swiss Ancien Régime was countered by the liberal movement. In the Protestant cantons, the rural population enforced liberal cantonal constitutions, partly in armed marches on the cities. This resulted in a conservative backlash in the Catholic cantons in the 1830s, eventually raising the conflict to the point of civil war.

In 1847 the Catholic cantons of Switzerland attempted to form a separate alliance of their own, known as the Sonderbund, effectively splitting from the rest of the country. The Tagsatzung appointed Guillaume Henri Dufour General who led a federal army of 100,000 and defeated the Sonderbund.

This lovely map was made in those turbulent times. It shows Switserland with postal routes, navigable canals and rivers, mineral water sources and is surrounded by picturesque places and natural curiosities: the Simplon Pass, the towns of Thun, Chamonix with the Mont-Blanc, and Fribourg, the Tellskapelle, the Via Mala, Lausanne, Grindelwald and the upper glacier, Lucerne with the Rigi mountain, Sion in Valais, the Jura mountains and Alps, the Great St Bernard Hospice, Interlaken with the Jungfrau, the Rhône Glacier, Bern, the Staubbach Falls and the Lauterbrunnen Valley (Lauterbrunnental), the Rhine Falls at Schaffhausen, Chillon Castle, the Mer de Glace at Chamonix, Zurich and the Devil’s Bridge of the St Gotthard Pass.

Dufour, who was also topographer, made this map probably after the census of 1850. The outcome of that census (taking account only of the population with rights of residence and not those actually present in Switserland) is listed in a table in the upper right corner.