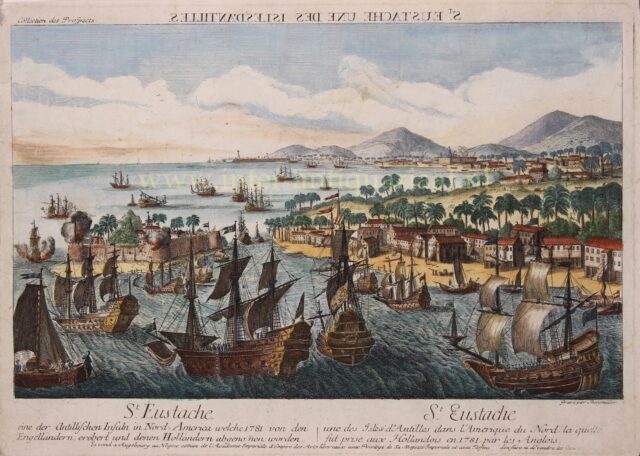 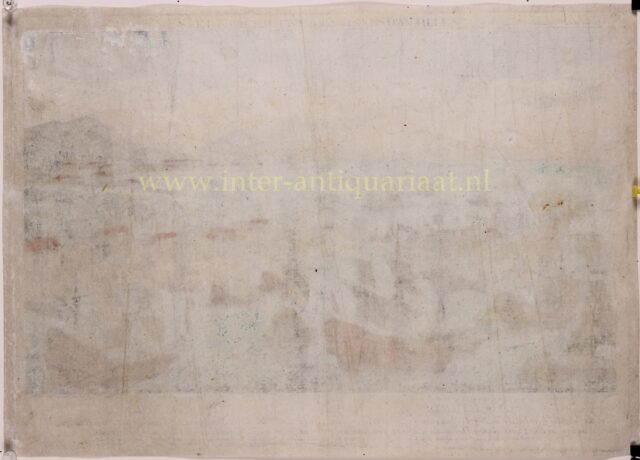 SINT EUSTATIUS, ONE OF THE ANTILLES

In the 18th century, Sint Eustatius’s geographical placement in the middle of Danish, British, French and Spanish territories, its large harborage, neutrality and status as a free port with no customs duties were all factors in it becoming a major point of transhipment of goods, and a place for trade in contraband. Sint Eustatius’s economy flourished under the Dutch by ignoring the monopolistic trade restrictions of the British, French and Spanish islands; it became known as The Golden Rock.

The island sold arms and ammunition to anyone willing to pay, and it was therefore one of the few places from which the young United States could obtain military stores. The good relationship between Saint Eustatius and the United States resulted in the so-called “First Salute”.

On November 16, 1776, the American USS Andrew Doria sailed into the anchorage below Sint Eustatius’ Fort Oranje, flying the Continental Colors of the fledgling United States. It announced his arrival by firing a thirteen gun salute, one gun for each of the thirteen American colonies in rebellion against Britain. Governor Johannes de Graaff replied with an eleven-gun salute from the cannons of Fort Oranje (international protocol required two guns fewer to acknowledge a sovereign flag). It was the first international acknowledgment of American independence. The Andrew Doria had arrived to purchase munitions for the American Revolutionary forces. She was carrying a copy of the Declaration of Independence which was presented to Governor De Graaff.

The British took the Andrew Doria incident seriously, and protested bitterly against the continuous trade between the United Colonies and Sint Eustatius. Nearly half of all American Revolutionary military supplies were obtained through Sint Eustatius and nearly all American communications to Europe first passed through the island.

Britain declared war on the Dutch Republic and had outfitted a massive battle fleet to take and destroy the weapons depot and vital commercial centre that St. Eustatius had become. February 3, 1781, the fleet appeared before Sint Eustatius prepared to invade and the Dutch surrendered.

Ten months later, the island was conquered by the French, allies of the Dutch Republic in the war. The Dutch regained control over the island in 1784.