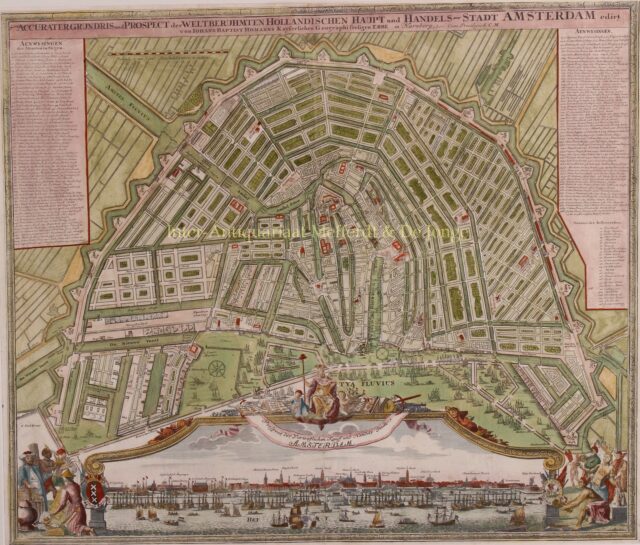 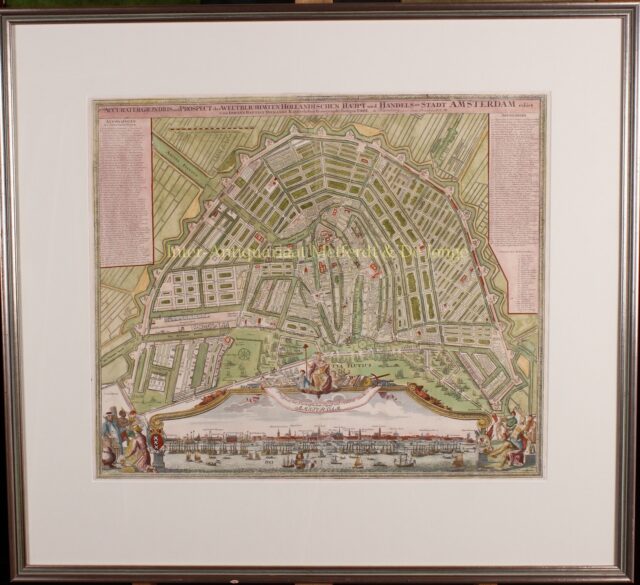 This plan of Amsterdam celebrates the capital of the Netherlands at the peak of its economic and military power. We see the famous semi-circular shape of the city, which pivots around the trade centre of the Amstel River. Over 300 prominent locations are labelled throughout the map in accordance with keys in the upper corners. Gardens and windmills are also shown.

Below the plan, multitudes of ships are rendered with fine detail in the harbour, illustrating the city’s bustling trade. This effect is furthered by the panoramic view at the bottom of the map, which looks onto the city’s waterfront from the sea. The view is set off with a frame that is adorned on the sides with the city’s coats of arms. It is also topped with a cartouche featuring the city’s arms sitting on a throne, surrounded by cherubs and books.

The cartouche continues to the sides of the map with scenes of commerce, featuring people from around the New World bringing their goods. Of particular interest is a tobacco rope made from twisted tobacco leaves, which points to the growing prominence of the tobacco trade.

Johann Baptist Homann (1664-1724) was a renowned German mapmaker of the late 17th and early 18th century who served as geographer to the Holy Roman Emperor. His business was carried on through the 18th century by the Homann Heirs, also prolific and popular mapmakers.