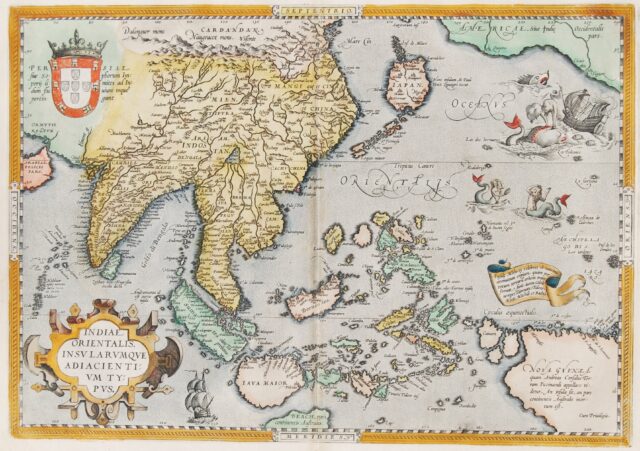 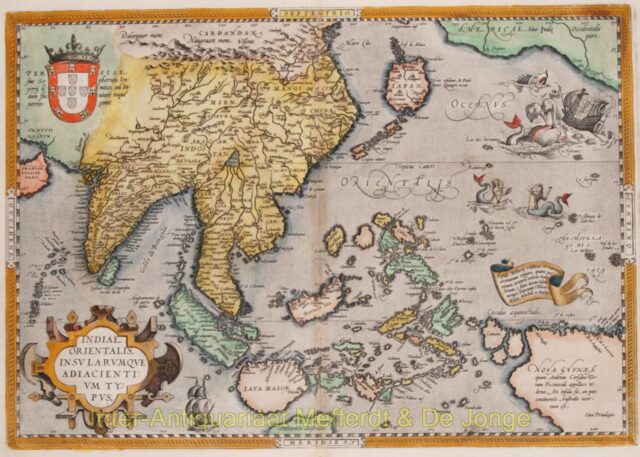 ONE OF THE EARLIEST MAPS OF SOUTHEAST ASIA

It is also one of the most important to appear in Abraham Ortelius‘ Theatrum Orbis Terrarum. Published in Antwerp, 1587. Ortelius includes early European depictions of both Japan and China and is the first to name Formosa (Taiwan). The Philippines and East Indies or Spice Islands are shown based upon Portuguese and Spanish sources, and before their penetration by the Dutch. Japan is shown in kite form, as a large oval island with chains of smaller islands to the north and south.

The map also shows parts of the American northwest, including the cities of Quiuira, Cicuie and Tigeux. Verso French text.