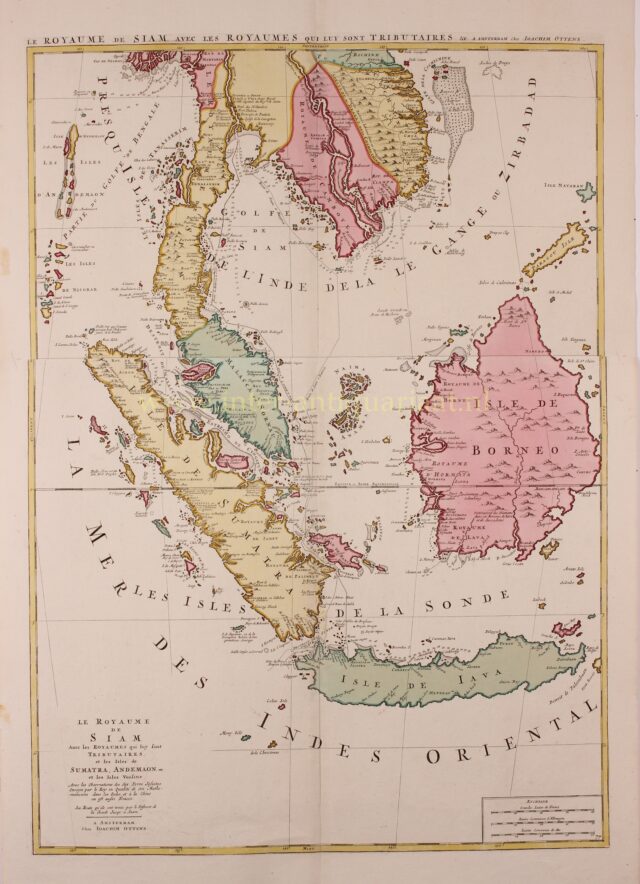 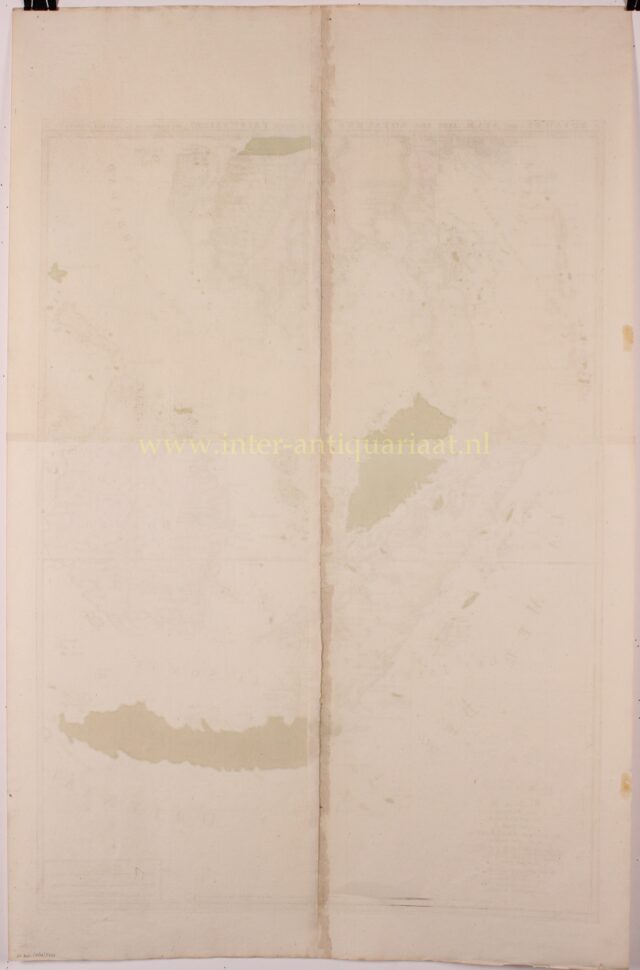 ONE OF THE MOST BEAUTIFUL MAPS OF SOUTHEAST ASIA EVER PRINTED

This very fine large map covers much of Southeast Asia and the East Indies, including modern day Thailand, southern Vietnam, Cambodia, Malaysia, Singapore, Borneo, Sumatra and Java. This remarkable map was one of the largest and most detailed maps of this region to appear in the early 18th century. It was drawn by Joachim Ottens and published by his sons as part of their composite atlas.

The Dutch, French, and English trading companies were all operating in the region at the turn of the 17th to 18th century with the Kingdom of Siam in a key role at the center of trade.

There is good detail along the navigable inland river systems, particularly the Mekong and the Chao Phraya. In the Kingdom of Siam, the map shows the fortress of Bangkok, the ancient Siamese capital of Ayutthaya, royal palace, and the Dutch trading colony. In Cambodia, it details the villages of Ponompingn (Phnom Penh), Longvek, and again the Dutch trading mission. Between Cambodia and Cochinchina (Vietnam) there is mention of “Peuples Barbares” living in the mountains.

The lower part of the map details the southern parts of the Malay Peninsula with Malacca “which the Dutch took from the Portuguese in 1640”, Sumatra, Borneo and Java. It mentions the “Estrecho de Cigapura” and shows the island that would fatefully be settled in 1819 by Sir Thomas Stamford Raffles.

The map offers superb detail along the coasts naming numerous forts, trade missions, settlements and islands. It also shows the Jesuit routes between from the Sunda Strait via Batavia (Jakarta) to Siam.

Joachim Ottens (1663 – 1719) and his sons Reinier (? – 1750) and Josua (? – 1765) Ottens were prominent Dutch booksellers and map publishers from about 1680 to 1790. Joachim, the founder of the firm, was initially employed as a copperplate engraver by Frederick de Wit. In 1711 Joachim founded his own firm. Though Joachim died only a few years later, his sons Renier and Joshua took over the firm and presided over its most prolific period. The Ottens family’s most notable contribution to cartography were its enormous made-to-order multi-volume atlases such as the Atlas Major. Some examples of the Atlas are compiled from over 800 separately issued maps.