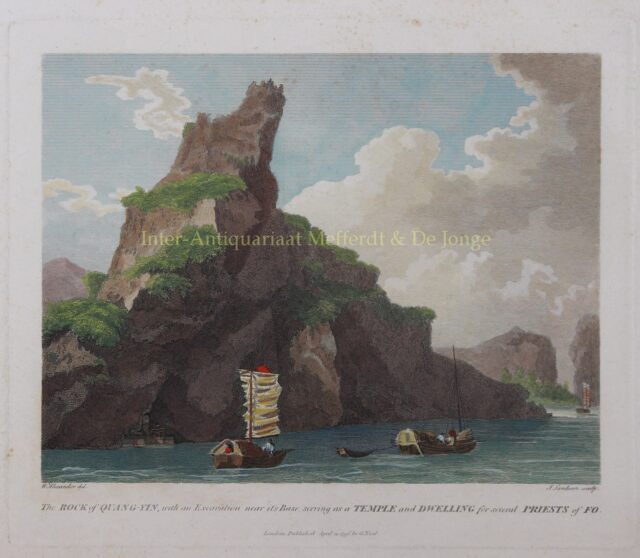 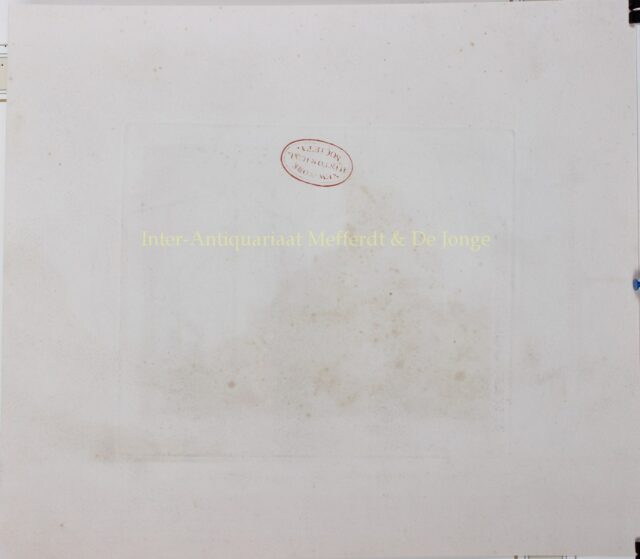 “The Rock of Quang-Yin, with an Excavation near its Base, serving as a Temple and Dwelling for several, priests of Fo.” Copper engraving by John Landseer after a drawing by William Alexander (1767-1816 ) from the “Authentic account of an embassy from the King of Great Britain to the Emperor of China; including cursory observations made, and information obtained, in travelling through that ancient empire” written by Sir George Leonard Staunton and published April 12, 1796 in London by G. Nicol. Coloured by a later hand. Size (image): 17,3 x 22,4 cm.

Staunton describes the stupendous Rock of Quang-Yin as follows: “On one side of the river was an immense rock of grey coarse marble, estimated to be about six hundred feet in height. In a large rent or fissure close to the water’s edge, and accessible only by boats, is a [Buddhist] temple, inhabited by Ho-shaung, or priests of Fo, who worship there a variety of chiefs or heroes deified, and of virtues and passions personified. This temple consisted of several apartments, one over the other, of considerable height, consisting chiefly of excavations made into the rock. Above them, in a large natural fissure, was an immense mass of stalactites not less, apparently, than a ton in weight, out of which proceeded a vast number of ramifications.”