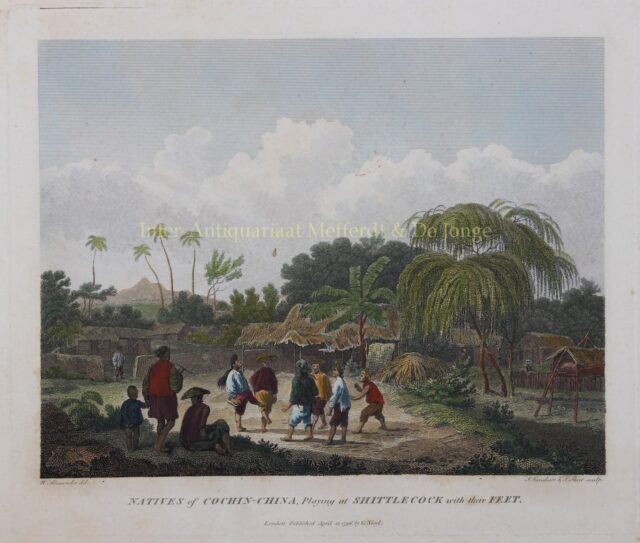 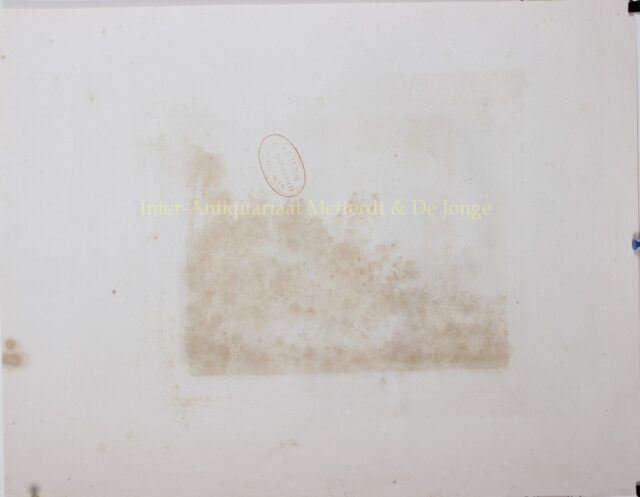 “Natives of Cochin China, playing at Shittlecock with their Feet” Copper engraving by John Landseer and J. Shirt after a drawing by William Alexander (1767-1816 ) from the “Authentic account of an embassy from the King of Great Britain to the Emperor of China; including cursory observations made, and information obtained, in travelling through that ancient empire” written by Sir George Leonard Staunton and published April 12, 1796 in London by G. Nicol. Coloured by a later hand. Size (image): 17,4 x 23,7 cm.

The shuttlecock which is used for the game can be traced back to as early as 5th century BC. In China, shuttlecock was played as a kicking game till these days, called “Ti Jian Zhi“, tī jianzi (踢毽子) meaning ’to kick shuttlecock’ .William Alexander’s scene is situated in Cochinchina (Vietnam), where it is known as đá cầu and is the national sport.