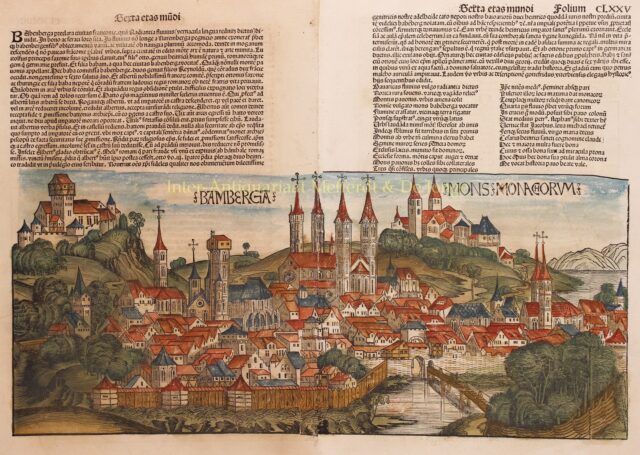 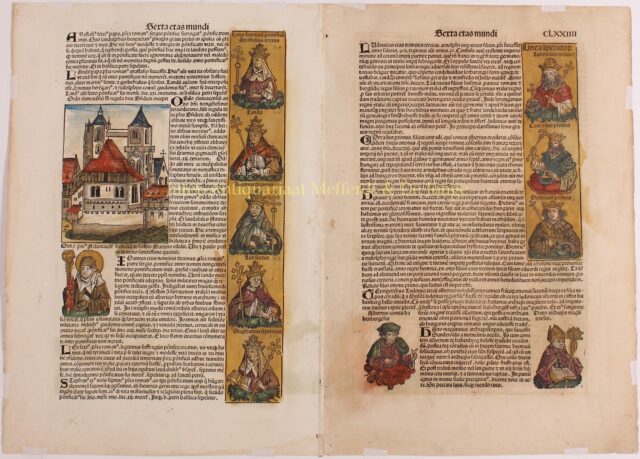 Rare and decorative overall view of Bamberg (Bavaria, Germany) in the late 15th century. This first printed view of Bamberg shows a panorama of the city with its castle, cathedral and “Mons Monachorum” [mountain of the monks]. On the back there are 11 woodcuts of worldly and ecclesiastical rulers, as well as a view of the Michaelsberg Abbey.

While the majority of the illustrations in the book depict the various saints, royalty, nobles and clergyman of the period, the work is perhaps best known for the large format views of a number of the major European Cities, including Rome, Venice, Paris, Vienna, Florence, Genoa, Salzburg, Cracow, Breslau, Budapest, Prague, and major cities in the Middle East, including Jerusalem, Alexandria, Constantinople, as well as a number of cities in what would become the German Empire.

While many of the double-page city views are less than accurate illustrations of the cities as they existed at the end of the 15th Century, they are of great importance in the iconographic history of each of the cities depicted.