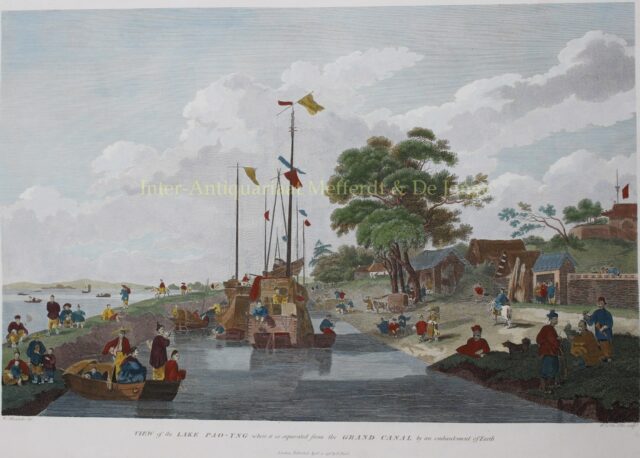 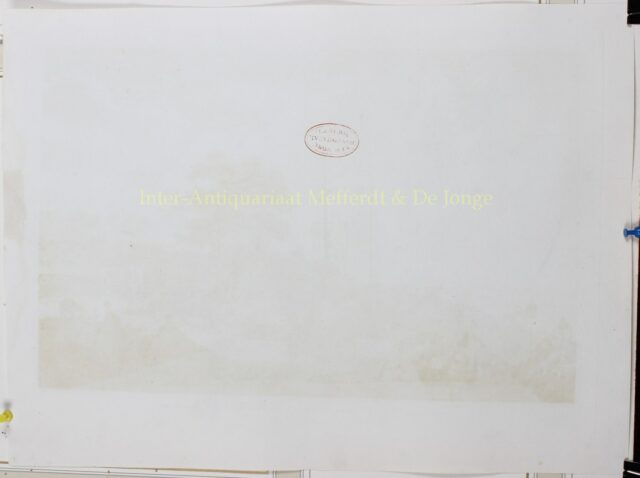 “View of the Lake Pao-Yng where it is separated from the Grand Canal by the Embankment of Earth” Copper engraving by Elizabeth Ellis after a drawing by William Alexander (1767-1816) from the “Authentic account of an embassy from the King of Great Britain to the Emperor of China; including cursory observations made, and information obtained, in travelling through that ancient empire” written by Sir George Leonard Staunton and published April 12, 1796 in London by G. Nicol. Coloured by a later hand. Size (image): 30 x 47 cm.

Staunton describes this scene as follows: “At this place the barges of the Embassy halted, while their large single masts were taken down and others erected in their stead, consisting each of two poles meeting together at the top, and extending at the bottom to each side of the vessel, where they turn on swivels, and may thus be lowered down speedily, so as to permit the barges to pass thro the arches of bridges, which are very frequent in the southern part of the grand canal.”