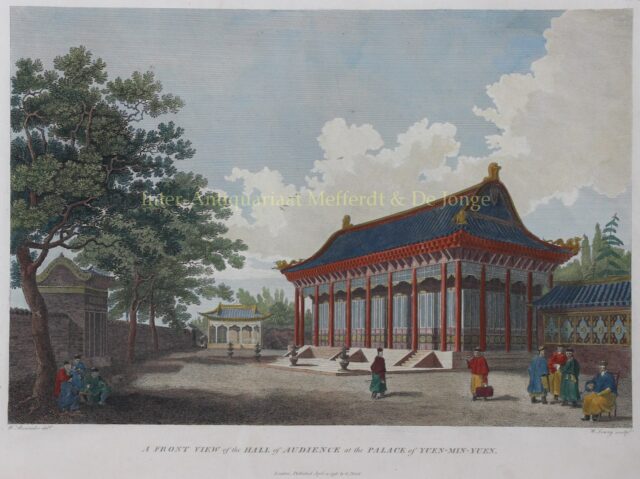 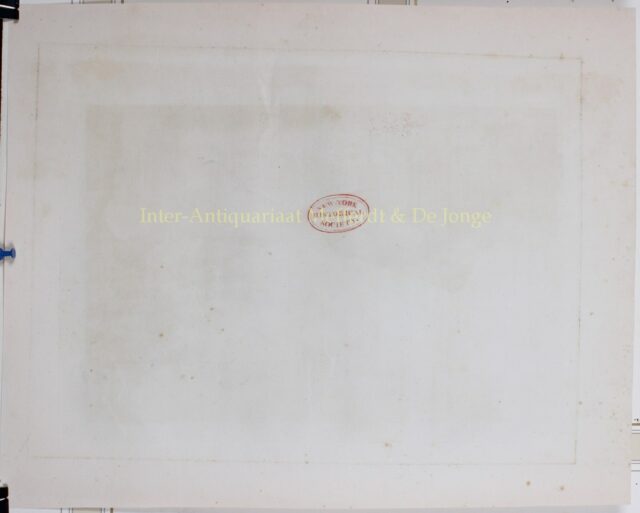 “A Front View of the Hall of Audience at the Palace of Yuen-Min-Yuen” Copper engraving by Wilson Lowry after a drawing by William Alexander (1767-1816 ) from the “Authentic account of an embassy from the King of Great Britain to the Emperor of China; including cursory observations made, and information obtained, in travelling through that ancient empire” written by Sir George Leonard Staunton and published April 12, 1796 in London by G. Nicol. Coloured by a later hand. Size (print): 23,9 x 35,8 cm.

Staunton describes the the hall of audience as follows: “The outside of this hall had a magnificent appearance. The approach to it was thro three quadrangular courts, surrounded by buildings, separated from each other. It was erected upon a platform of granite, raised about four feet above the level of the court before it. Its projecting roof was supported upon two rows of large wooden columns, the shafts of which were painted red, and varnished; and the capitals ornamented with various scrolls and devices, in vivid colouring, particularly with dragons, whose feet were armed with five claws each. Dragons may be marked on the edifices and furniture of the princes of the Emperor’s court, but with four claws only to their feet; the fifth is reserved for his Imperial Majesty alone. A net of gilt wire, scarcely perceptible, is spread over the whole entablature of the building, to prevent birds from resting upon any of the projecting points, of which a great number are brought out in a regular order.”