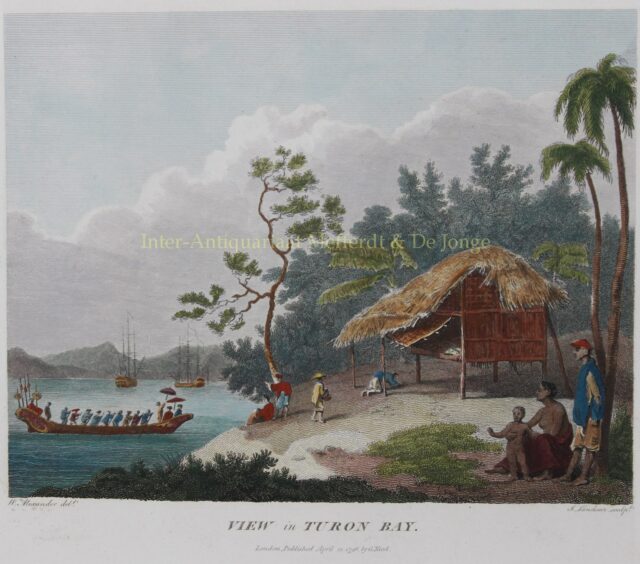 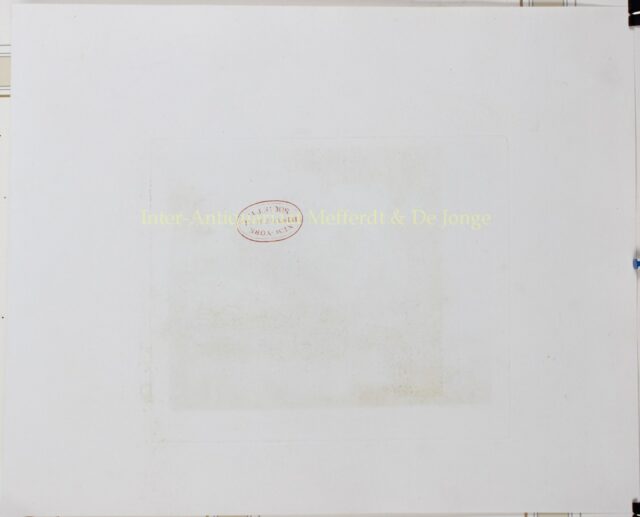 “View in Turon Bay” [present day Da Nang, Đà Nẵng]. Copper engraving by John Landseer after a drawing by William Alexander (1767-1816 ) from the “Authentic account of an embassy from the King of Great Britain to the Emperor of China; including cursory observations made, and information obtained, in travelling through that ancient empire” written by Sir George Leonard Staunton and published April 12, 1796 in London by G. Nicol. Coloured by a later hand. Size (image): 17,3 x 22,4 cm.

Upon his arrival in the kingdom of Cochinchina in 1793, Lord Macartney wrote to the president of the India Board:”Turon Bay is safe in all seasons of the the year; sufficiently capacious to hold the largest fleets, affording a complete shelter against both monsoons, with an islet surrounding by a sufficient depth of water to admit ships of considerable size heaving down by it; and, on the whole, navy gentlemen here consider this port to be the most commodious of any on this side of Asia. The island of Campelo (or Callao), is within a few miles (eight) to the southward of Turon. It is asserted that the French had, several years ago, proposed to purchase it from the King of Cochin China. The supposed that the quantity of gold extracted from the Cochin Chinese mountains, and the vast quantity of sugar manufactured in its plains and sold at a price vastly lower than in any other part of the world, together with the other produce of that country, would render the settlement in the neighbourhood very profitable; but above all, they conceived that by stationing frigates there, on the approach of war, the might easily intercept our ships bound for, or returning from, Canton.”