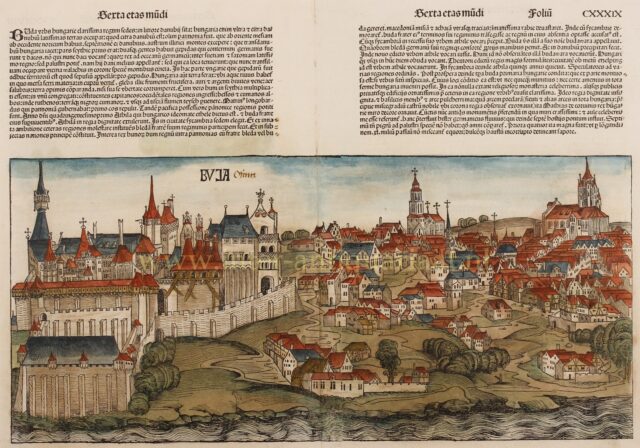 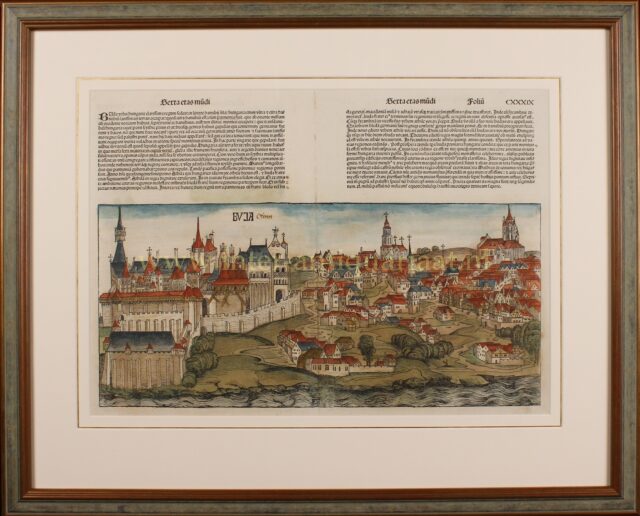 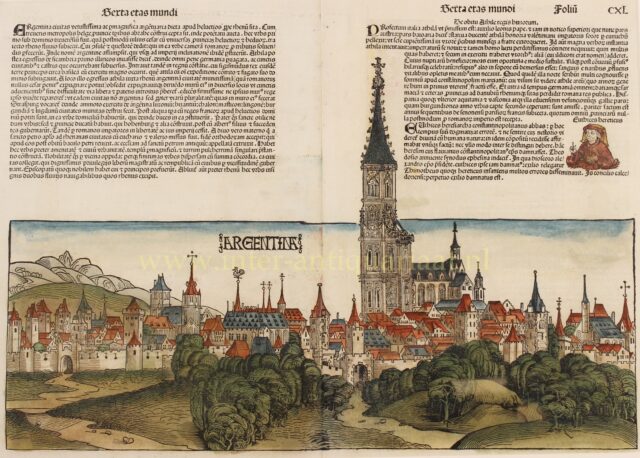 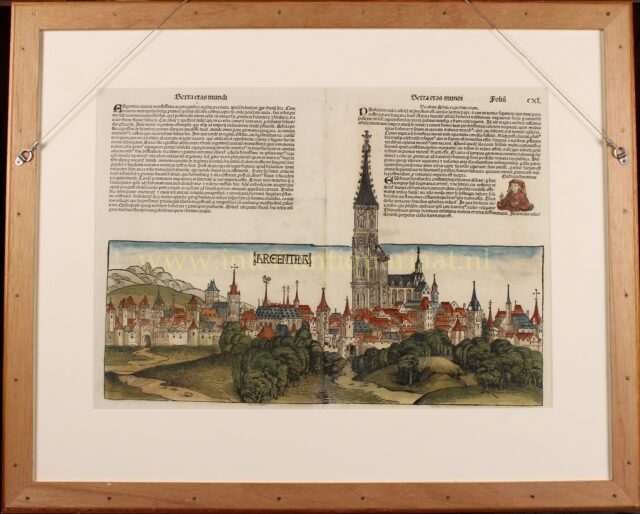 BUDAPEST AT ITS HEYDAY

Buda had been the capital of the Kingdom of Hungary since 1361. It had a particularly significant cultural role during the reign of King Matthias Corvinus (1464-1490). The Italian Renaissance had a great influence on the city. The Bibliotheca Corviniana was Europe’s greatest collection of historical chronicles and philosophic and scientific works in the 15th century, and second in size only to the Vatican Library. After the foundation of the first Hungarian university in Pécs in 1367, the second one was established in Óbuda in 1395. The first Hungarian book was printed in Buda in 1473.

While Pest was mostly Hungarian in the 15th century, Buda had a German majority. Around 1500 it had about 5,000 inhabitants. (Buda merged with Obuda and Pest only in 1873.)

At the publication of this view of Buda, shortly after the death of king Matthias I, prospertity was beginning to decline. The Ottomans conquered Buda in 1526, as well in 1529, and finally occupied it in 1541. The Turkish Rule lasted for more than 150 years.

On the reverse side of the view of Buda there is a second woodcut of the city of “Argentina” (Strasbourg), also with beautiful 15th century hand colouring.

In the center of the view there is the Strasbourg Cathedral which was completed (with only one tower) in 1439, becoming one of the world’s tallest buildings (the tallest from 1647-1874). A few years later, Johannes Gutenberg created the first European printing press in Strasbourg and printed his Gutenberg Bible in 1455.