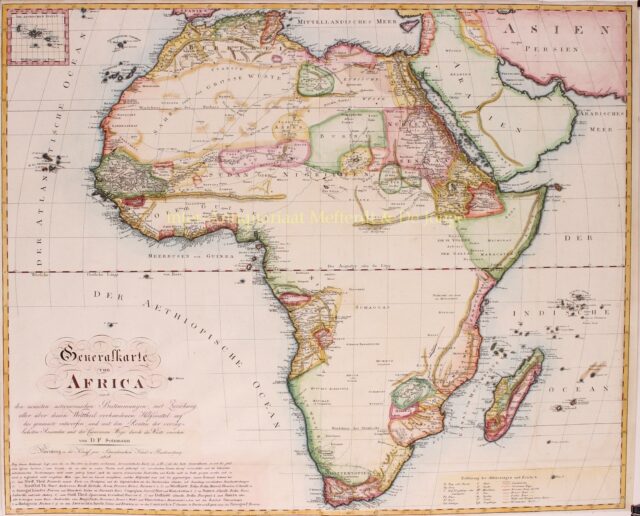 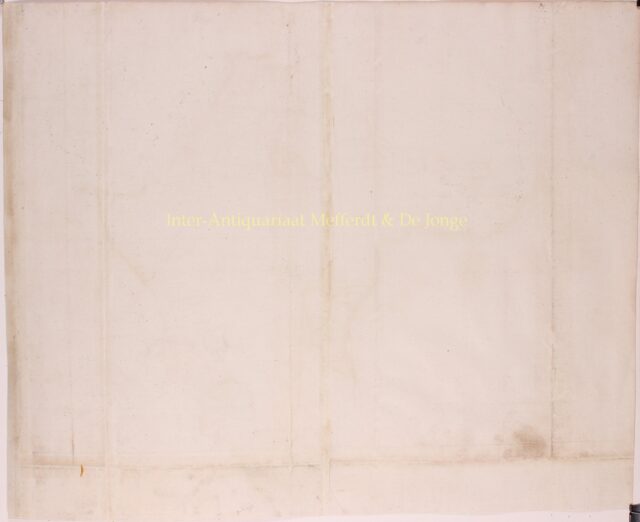 This map of Africa is based on the wall map in 4 sheets by Aaron Arrowsmith, published in London in 1802. Supposedly the best map on the market, but – according to Sotzmann – still with many errors. To make this new Generalkarte, numerous sources were used to improve the Arrowsmith map. Such as studies on the geography of northern Africa by James Rennell, for West Africa work by Vincente Tofino, Jacques-Nicolas Bellin, Charles-Pierre Claret de Fleurieu and Jean Baptiste Bourguignon d’Anville, for Senegal Jean Baptiste Poirson, information on Southern Africa by Anders Sparrman, on central Africa travel books by Mungo Parks, for Madagascar Abbé Rochon, Chevalier de Borda for the Canary Islands, and many other men that explored the continent.

Some of these explorers and geographers lived before Arrowsmith. Sotzmann thereby hints that his large new map of Africa is far more accurate and incorporates much more information.

Daniel Sotzmann (1754 -1840) was one of the most important German cartographers in his time and can be considered as the founder of commercial cartography in Berlin. His name is connected with more than 400 titles, including maps, atlases and globes, but also essays and reviews. Sotzmann’s efforts to standardize character keys and map scales were of great importance.