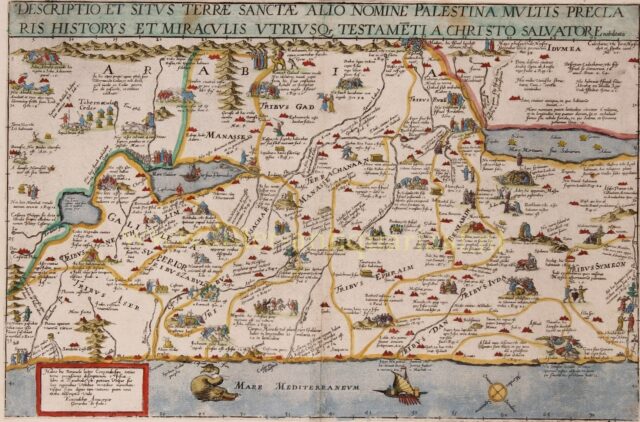 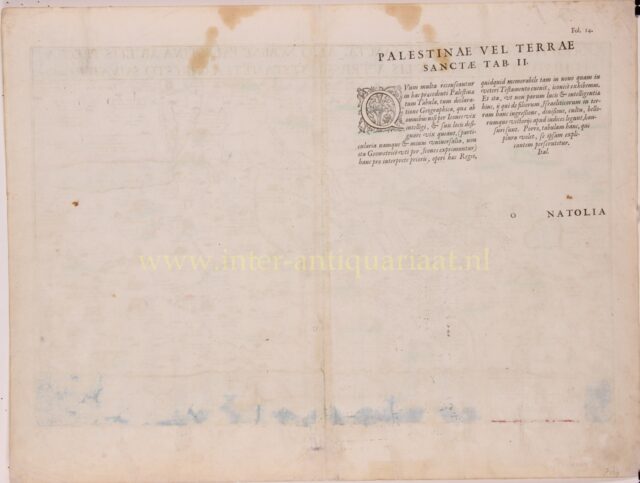 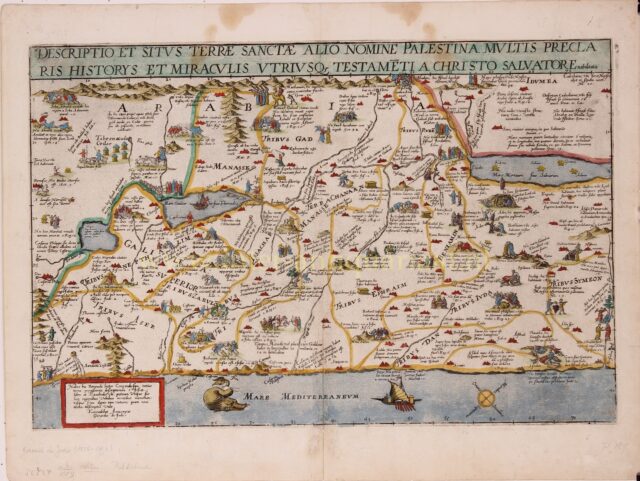 The map shows the Holy Land oriented to the east, with its coastline from Tyrus to Gaza. The events of the Bible are depicted in words and illustrations. It locates the Twelve Tribes, the descendants of the biblical patriarch Jacob, who collectively form the Israelite nation.

Gerard de Jode states in the tekst box in the lower left: Here you find, good reader, a compendious description of the entire land of promise from the book of Joshua and Ezekiel, indicating the regions, cities, mountains, and monuments worthy of being known, both old and new.

The De Jode family (Gerardus, the father, and Cornelis, the son) from Antwerp, had the misfortune of attempting to compete in the atlas market with the formidable and well-connected Abraham Ortelius. The De Jodes were and are respected as mapmakers, as evidenced by this work based on then current sources, but they were no commercial match for Ortelius. They published a mere two editions of their atlas as opposed to approximately 40 by Ortelius. Hence, the considerable rarity of De Jode maps in today’s market. This map of the Holy land appeared in only the second edition of De Jode’s atlas, and is consequently even rarer.