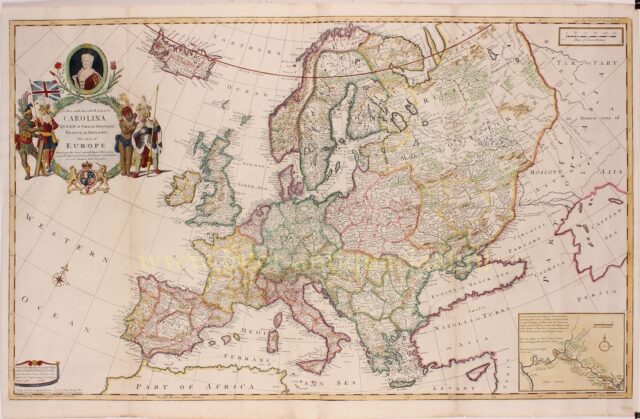 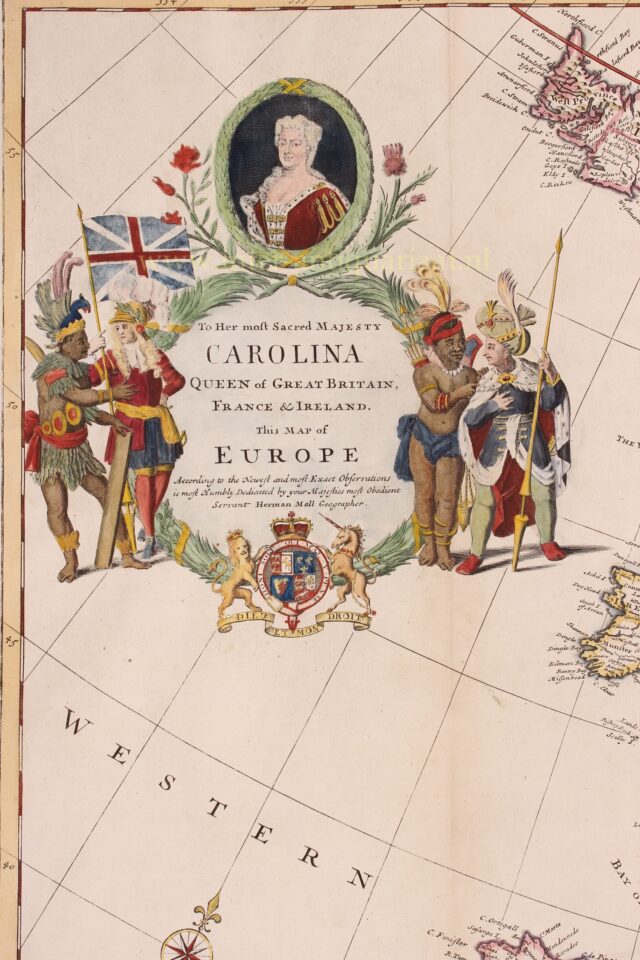 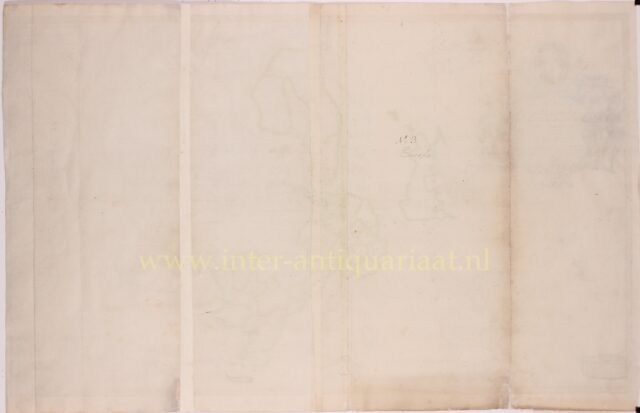 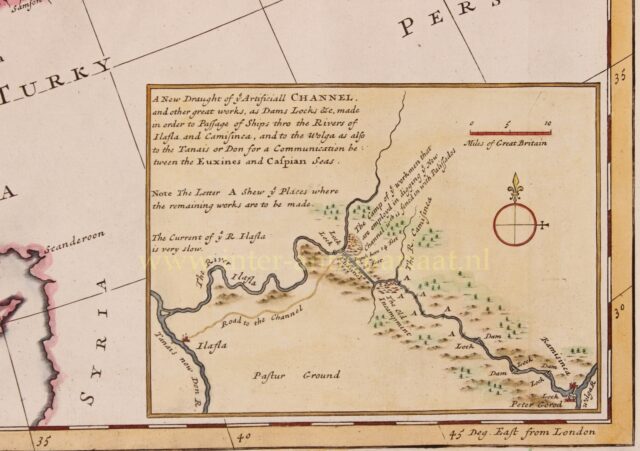 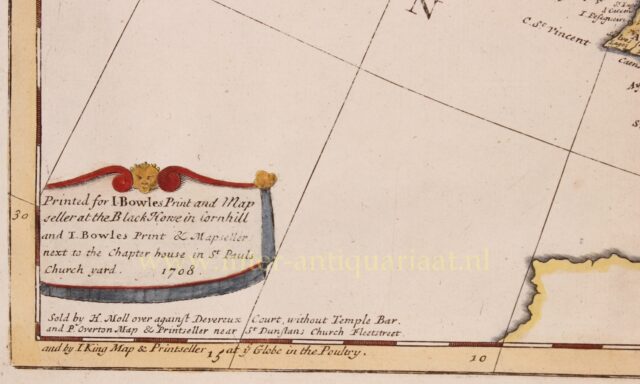 “Map of Europe according to the newest and most exact observations” Copper engraving printed from two plates, printed by John and Thomas Bowles for Herman Moll’s “New and Compleat Atlas”. Original hand colouring (with later additions?). Size: 58 x 96 cm.

The map is dedicated to queen Caroline of Great Britain, of whom we see a portrait, her coat of arms and 4 ornate figures, including two American Indians, an Englishman carrying a Union Jack and an Ottoman in turban and robe, all decorating the cartouche.

Caroline of Ansbach (1683-1737) spent her teenage years at the Prussian court in Berlin, renowned for its patronage of artists and architects and its lively intellectual life. Caroline was surrounded by a circle of writers and intellectuals, and shared with them a taste for the visual arts. Her intelligence and keen interest in science and art was recognised in her own lifetime. Caroline was also a keen collector of miniatures, cameos and intaglios. Caroline was wife to George II, and became Queen of Great Britain on his accession in 1727. No surprise this map was decorated with her miniature portrait.

The map includes an inset showing the canal which Peter the Great had dug that connected the Volga and the Don, thus connecting the Caspian and Black Seas. A dotted line illustrates the route from the place where the Don and Volga meet, through the Black Sea, through the Bosporus, the Aegean, and the Mediterranean to the Atlantic.

Herman Moll was one of the most important London mapmakers in the first half of the 18th Century. Moll was probably born in Bremen, Germany, but moved to London to escape the Scanian Wars. His earliest work was as an engraver for Moses Pitt on the production of the English Atlas, a failed work that landed Pitt in Debtor’s Prison.

Moll’s work quickly helped him become a member of a group that congregated at Jonathan’s Coffee House at Number 20 Exchange Alley, Cornhill, where speculators met to trade stock. Moll’s circle included the scientist Robert Hooke, the archaeologist William Stukeley, the authors Jonathan Swift and Daniel Defoe, and the intellectually gifted pirates William Dampier, Woodes Rogers, and William Hacke. From these contacts, Moll gained a great deal of privileged information that was included in his maps.