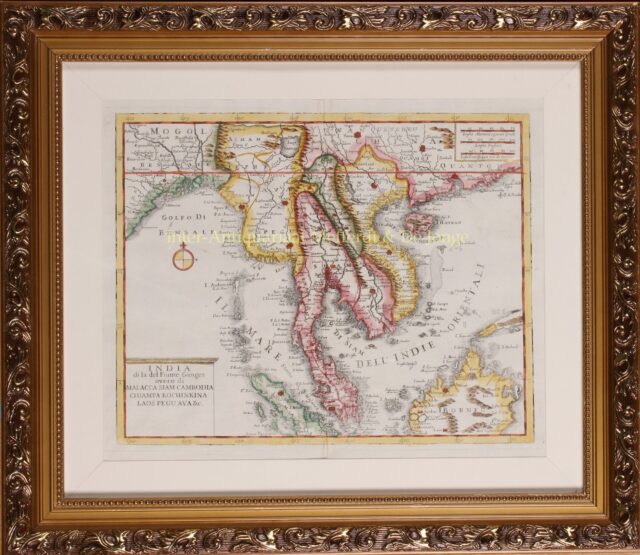 Scarce map of Indochina and the Malay Peninsula, modern day Thailand. The map encompasses the Bay of Bengal, the Straits of Singapore and Borneo across to Canton province in the north east. Major rivers and mountain ranges are illustrated and towns and cities are highlighted in red.

The map is attributed to Isaak Tirion of Amsterdam, but was engraved in Venice by Albrizzi. Tirion published his own atlas “Tegenwoordige Staat van alle Volken …”four years later in 1744, using many of the same maps .