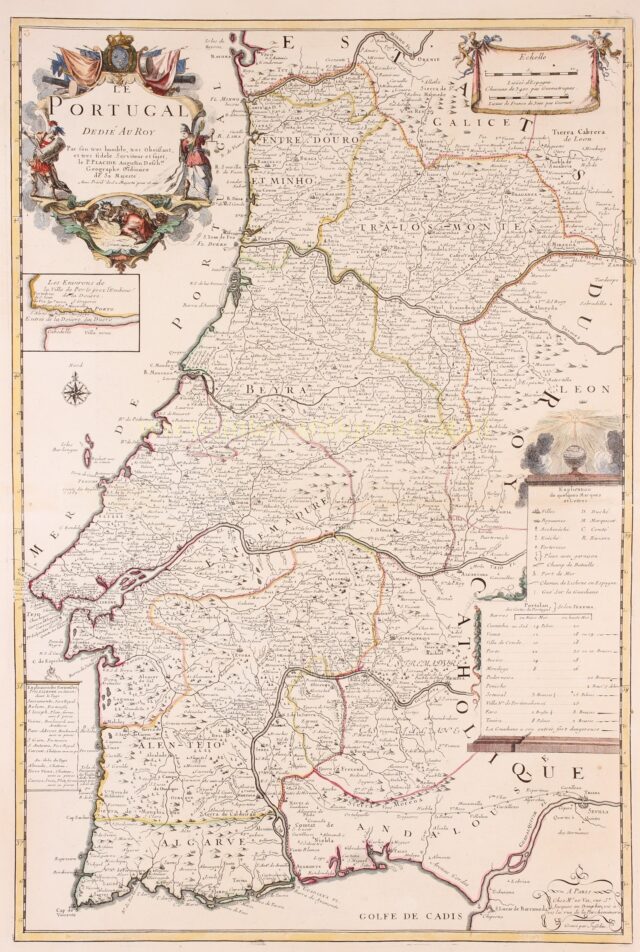 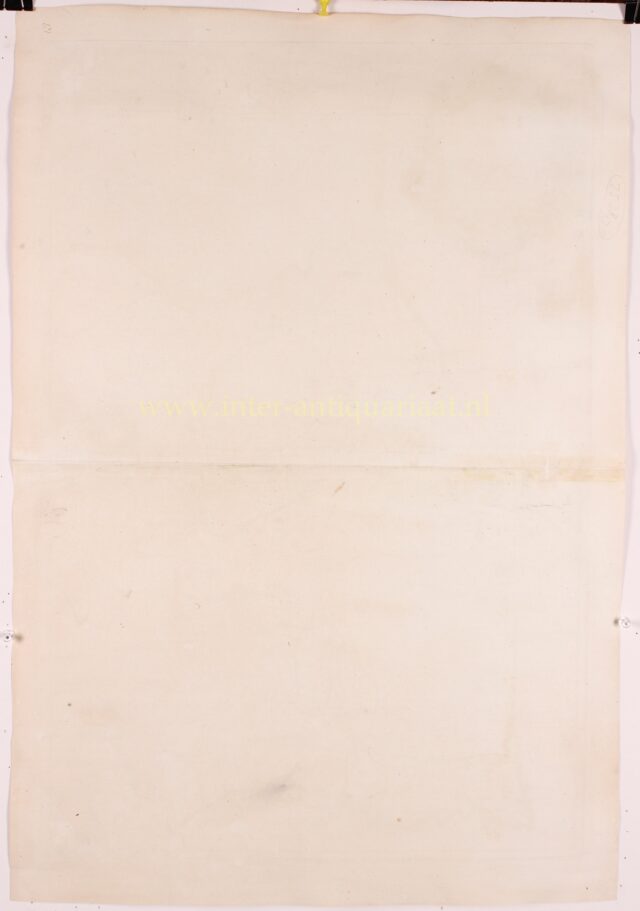 KINGDOM OF PORTUGAL AND THE ALGARVES

Large detailed map of Portugal with a small inset plan of the environs of Porto close the mouth of the Douro river.

The title cartouche with dedication to (of course) King Louis XIV was made by Nicolas Guérard and is embellished with allegorical figures and the French coat of arms.

Around 1700 the Kingdom of Portugal was in a period of transition. Having been near its height at the start of the Iberian Union, the Portuguese Empire continued to enjoy the widespread influence in the world during this period that had characterized the period of the Discoveries. By the end of this period, however, the fortunes of Portugal and its empire had declined.

The sun still shines brightly above the globe decorating the map’s legend on the right.