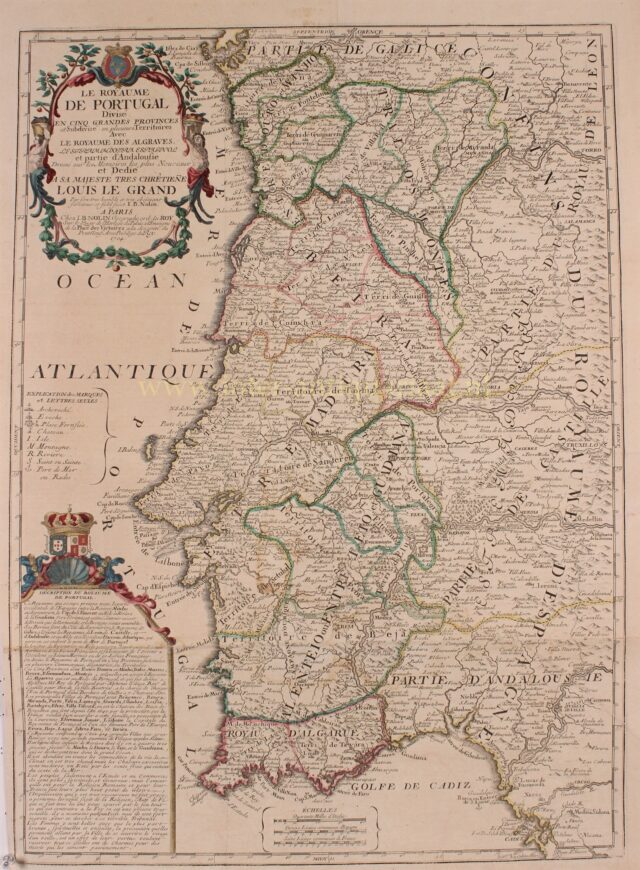 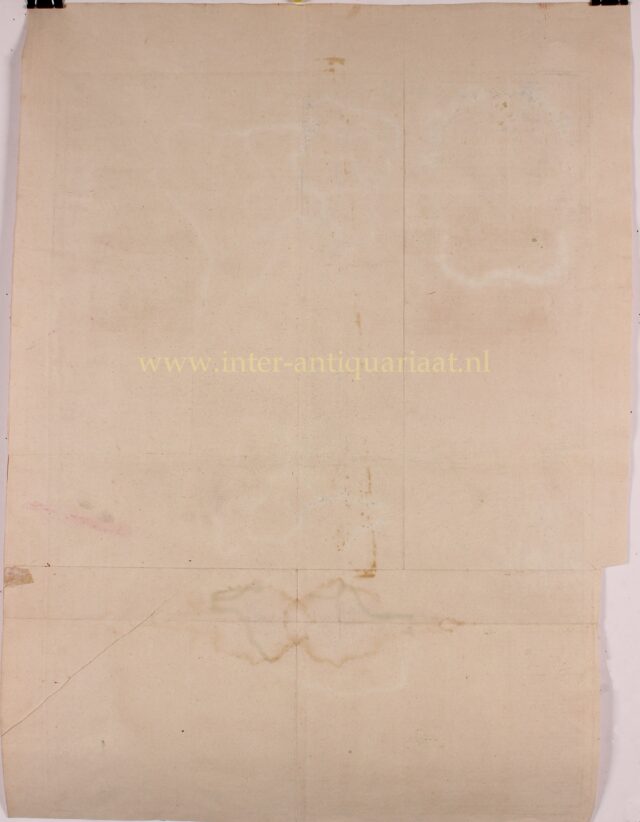 The large cartouche at the bottom left describes the Kingdom of Portugal: it whereabouts, size of the country (18 cities, 414 large towns and 200 mid-size towns), its provinces, and the fact that the Kingdom of Algarve was given to Alfonso III king of Portugal by Alfonso the Wise king of Castile as a dowry for his daughter Beatrix.

It is mentioned that in Vila-Viçosa there is the castle of the dukes of Braganza who are there since the year 1640. (In that year the Duke of Braganza became King John IV of Portugal.)

The country is abundant in all the conveniences of life. The climate is very hot, but the excessive heat is moderated in the East because of the cool winds which come not from the sea.

The people devote themselves to study and trade. They are polite, witty and generous, but the love which they have for the Roman religion and for their Prince marks their highest point of glory. The inquisition which is very rigorous there, is not merciful upon anyone when it comes to religion. The auto-da-fé, which is done every year to purify by fire all that is contrary to the faith, is a very harsh evidence of that. There are some Jews nevertheless, but they are very secretive in order to avoid this terrible tribunal.

The women of Portugal are beautiful, although mostly dark haired, witty and cheerful. The precaution they take going through the city covering their face with a veil, is an effect of their virtue wanting to keep all theirs charms for husbands who love them passionately.