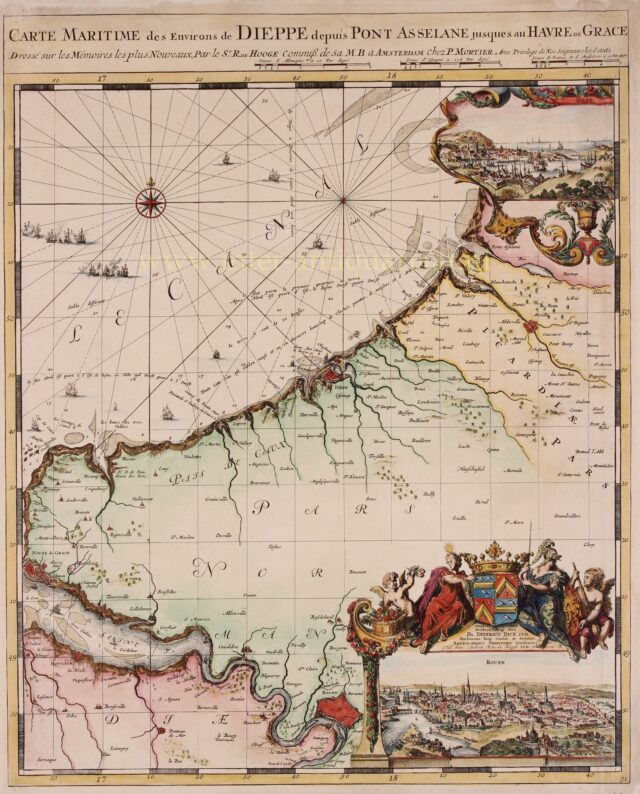 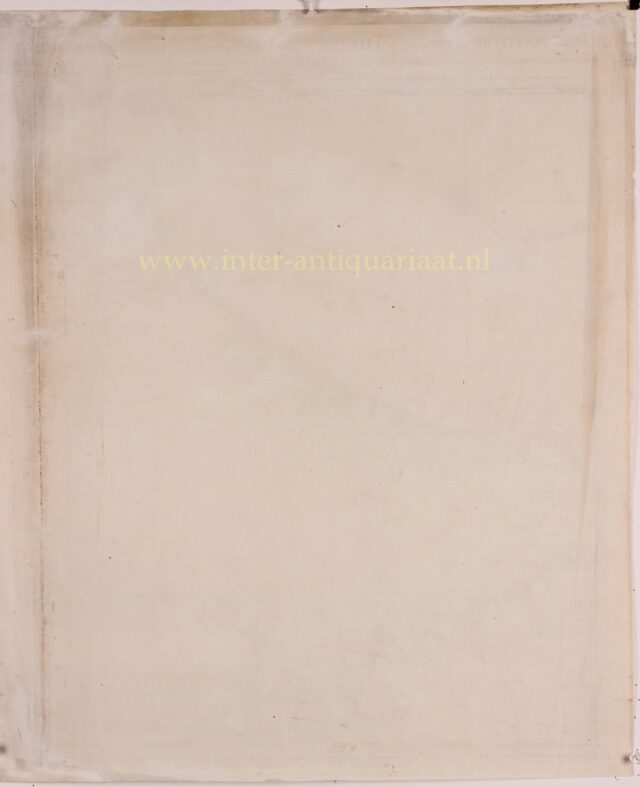 BEAUTIFUL MAP OF NORMANDY AND PICARDY

Elaborately etched and engraved chart of northwestern France with the regions of Picardy and Normandy including the town of Dieppe and the mouth of the Seine river with Le Havre and Rouen. There are lovely inset views of Dieppe and Rouen.

Dieppe was the premier port of France in the 17th century and had housed the most advanced French school of cartography in the 16th century. The town was largely destroyed by an Anglo-Dutch naval bombardment in 1694.

Le Havre affirmed its maritime and international calling during the 17th century when the French West India Company settled there in 1643. There were imports of exotic products from America (sugar, cotton, tobacco, coffee, and various spices) and slave trade enriched local traders. Le Havre was the third largest French slave trade port (after Nantes and La Rochelle. The Anglo-Dutch bombarded the city several times during the Nine Year’s War, notably in 1694 and in 1696.

In the 17th century prosperity was brought to the city of Rouen through the textile trade and the increased use of port facilities, as well as the development of public transportation and other industries. Rouen was well known for the production of wool and faience (glazed ceramic ware); wool being the main source of wealth for the city.

This map is dedicated to Diederik Dicx (1650-1719) a high ranking Dutch civil servant who was bailiff of the water board of Kennemerland (NL).