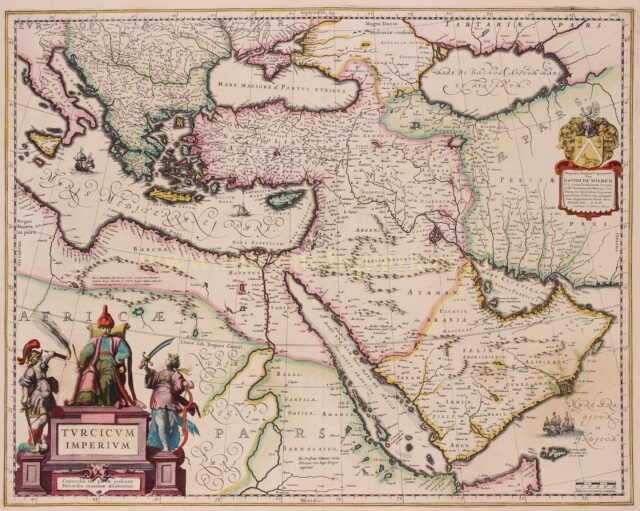 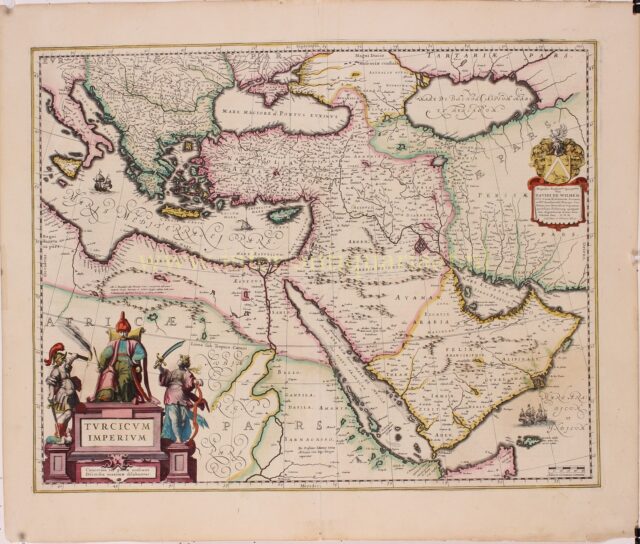 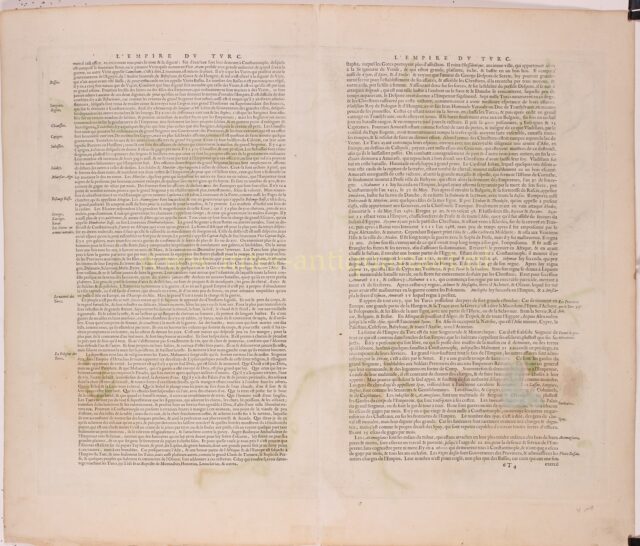 The map covers the Ottoman Empire at the height of its power. It extends from Sardinia and Italy in the West to the Black & Caspian Seas in the North and the Gulf of Aden, Red Sea and Arabian peninsula in the South.

The dedication of the map is to David le Leu de Wilhem (1588 – 1658), regent of the Dutch Republic, merchant in the Levant and scholar who spoke the Arab, Persian and Chaldean languages.

On top of the map’s title sits sultan Murad IV who reigned over the Ottoman empire from 1623-1640. Under the title a proverb applicable not only to monarchs: “Concord will make small things flourish, discord will destroy great things”.