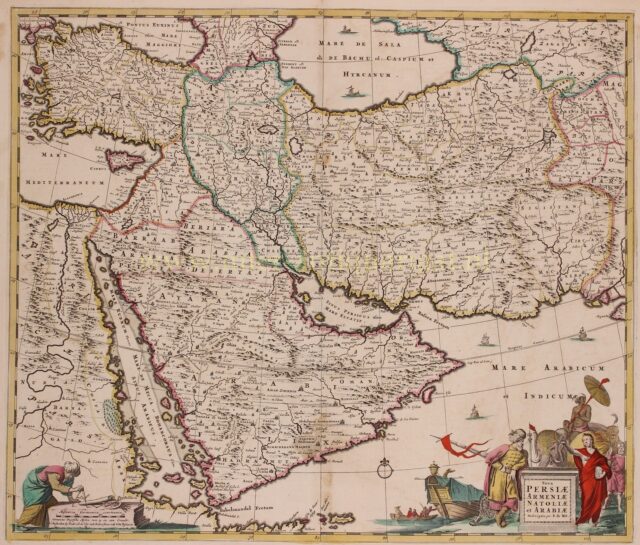 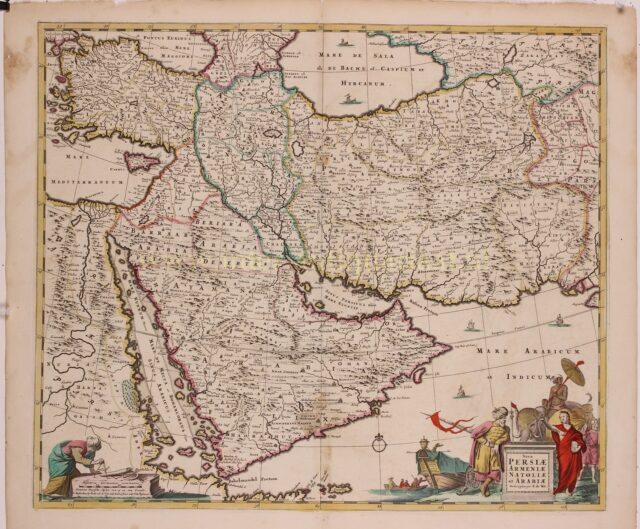 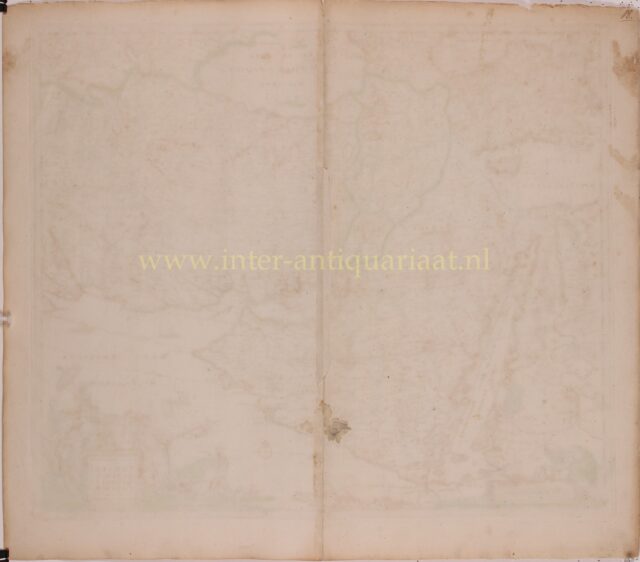 This beautifully engraved and colored map extends from Constantinople and the Nile River Valley in the west, to the mouth of the Indus River in the east, and from the Black Sea and the Caspian Sea in the north to the southern tip of the Arabian Peninsula. It is centered on the Persian Empire but includes the whole of the Arabian Peninsula and Asia Minor. The Caspian Sea appears in a distorted, elongated shape which may have been a conflation of both the Caspian and the neighboring Aral Sea.

The Dutch East India Company (VOC) was drawn to Persia mainly because of its silk. Silk was a sought-after product in Europe at the beginning of the 17th century and trade was therefore highly profitable.

The Persian king held court in Spahan (present-day Isfahan). There was a beautiful VOC comptoir located not far from the king’s palace.

The map’s cartouche contains the animal symbols associated with both Africa and Asia: a lion, a camel and an elephant. A merchant ship appears to be loading in the background. The elephant’s rider, and the camel herder are in exotic garb. A figure representing the Turkish Sultan leans possessively on the title plinth. Opposite, a female allegorical figure displays an ouroboros and a clock: symbols of time, eternity really, and so her presence here is a reference to the ancient empires that occupied these territories.

This map was engraved by Frederick de Wit, as early as 1659. It appeared in De Wit and Visscher atlases up through the 1680s.