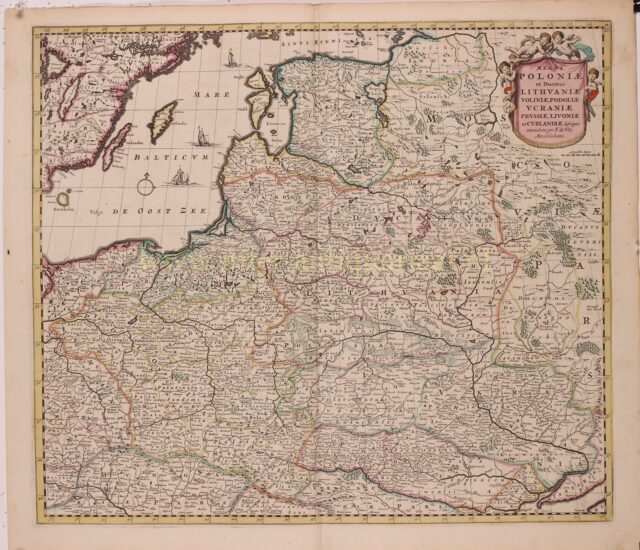 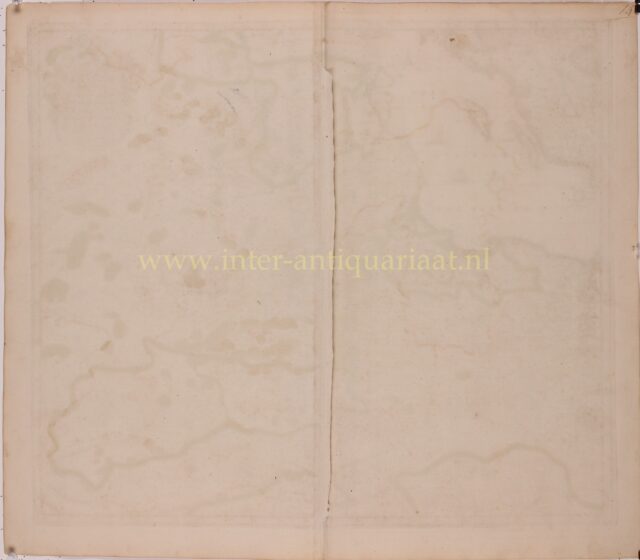 Map of the Kingdom of Poland and Grand Duchy of Lithuania, Volhynia [Wołyń in Polish], Podolia [Поділля in Ukrainian], Ukraine, Prussia and Courland [Kurzeme in Latvian]. With decorative title cartouche in the upper right corner.

The map was made in the time of the ‘Deluge’, the final days of Polish Golden Age. When this map was initially engraved in 1655, the Polish–Lithuanian Commonwealth was one of the largest and most powerful kingdoms in Europe, stretching from modern Estonia in the north to Moldova in the east and Bohemia in the west. The Khmelnytsky Uprising of 1648 and the Truce of Andrusovo in 1667 began a series of invasions by Russia and Sweden, collectively known as the ‘Deluge’ or the ‘Swedish Deluge’. The seemingly unending invasions laid Poland low, with the Commonwealth losing most of its power and about one of its population.

One of the most notable effects of the devastating Deluge was the subsequent weakening of Poland’s international standing. With the entire Polish nation crippled by the Swedes and Russians, Russia was able to rise, founded the Russian Empire in early 18th century and play a major role in the Partitions of Poland in the latter half of the 18th century.