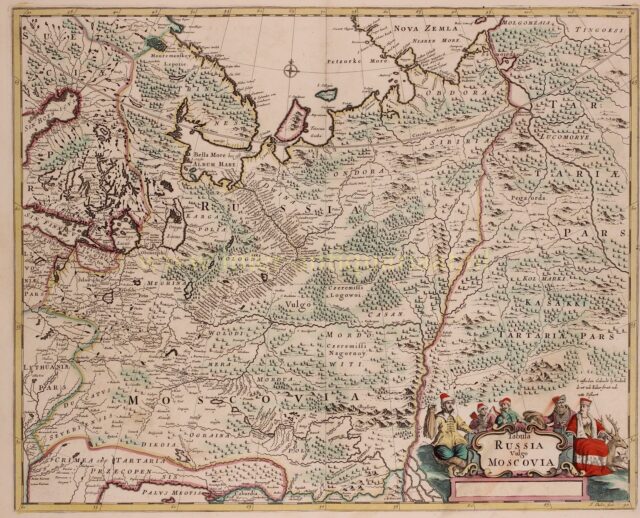 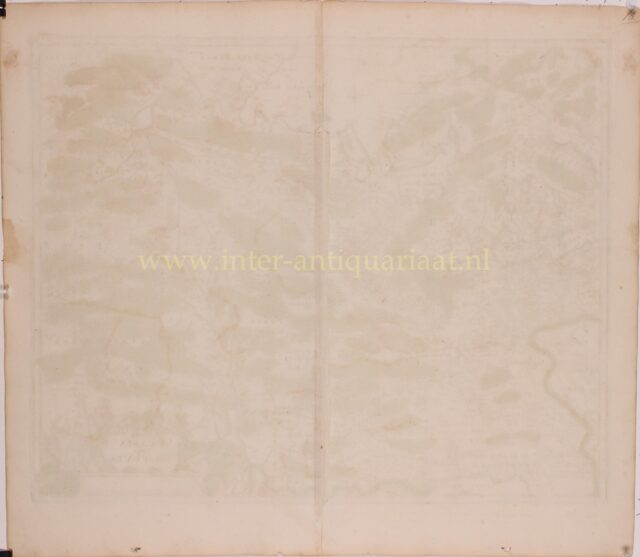 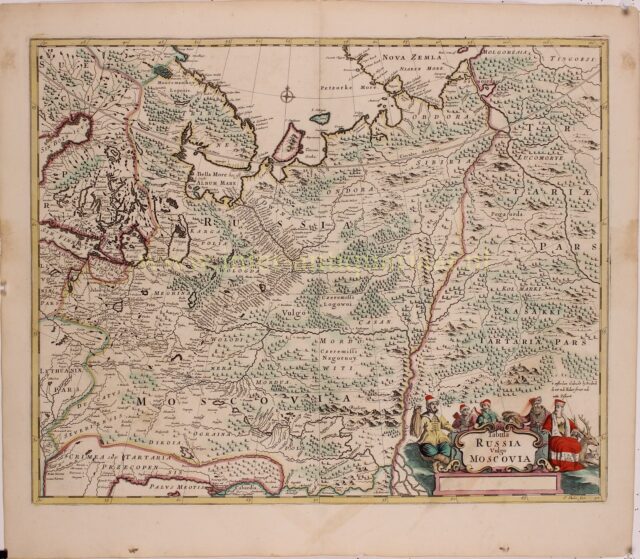 Attractive map of European Russia, from the Arctic Ocean to the Black Sea, and the Gulf of Bothnia to eastern Siberia. Decorated cartouche at lower right, flanked by five figures, royalty and hunters.

The map was published during the so-called “golden age” of Dutch cartography by Frederick De Wit. De Wit had acquired a number of copper plates to supplement his own plates, from the sale of the stock Blaeu after a fire destroyed most of Blaeu’s publishing business. As a result De Wit had a stock of about four hundred maps. Occasionally, De Wit made minor updates to Blaeu’s maps according to the latest discoveries and replaced Blaeu’s name with his own. Both Blaeu’s and De Wit’s maps are noted for the fine standard of engraving, and are invariably well designed and decorative and thefore very popular.

Frederick de Wit (1630-1706) was an engraver and map seller born in Gouda. Through his marriage to Maria van der Waag in 1661 he obtained his citizenship in Amsterdam where he worked since 1648. He became one of the most famous map publishers of the second half of the 17th century. Although he certainly was not privileged as a Catholic, his name is mentioned on the municipal list of “good men” from 1694 to 1704.