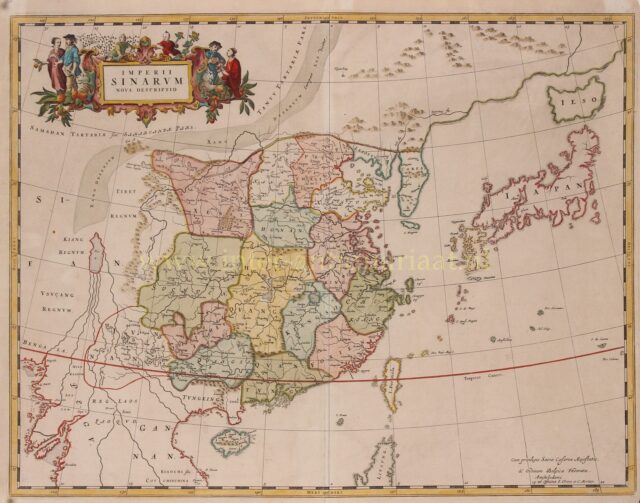 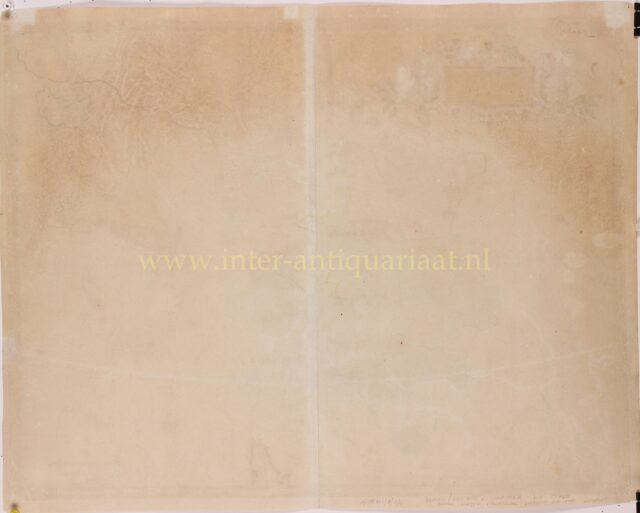 This great map of the Chinese Empire was based on the compilation of the Jesuit father Martino Martini who traveled through the region between 1643 and 1650. Martini was the Jesuit Superior in Hangchow, giving him access to indigenous and Jesuit surveys of all the regions of China. It was a period of great internal unrest and his was a perilous journey. He was able to travel inland to the Great Wall and for the first time determined with any scientific accuracy the astronomical position of many cities and topographical features. After establishing a mission in Zhejiang province he returned to Rome via Amsterdam, where he met publisher Joan Blaeu. Blaeu then prepared a group of eight maps covering China in great detail for the “Atlas Sinensis”, the first western atlas of China

China is mapped with considerable accuracy for the period: the Great Wall is shown.

The map incorporates the discoveries of Joao da Gama and Maarten Gerritsz de Vries. Korea for the first time on a European map is no longer depicted as an island but as a peninsula. The depiction of Japan follows a Portugese map by Christopher Blancus and Ignacio Moreira from 1617, but it is the first map to name and show Hokkaido (here “Ieso”) as an island to the north of Honshu.

The map was first issued by Joan Blaeu, and then part of the plates acquired by Covens & Mortier at the end of the 17th century and re-issued with a new privilege by the Covens & Mortier firm.