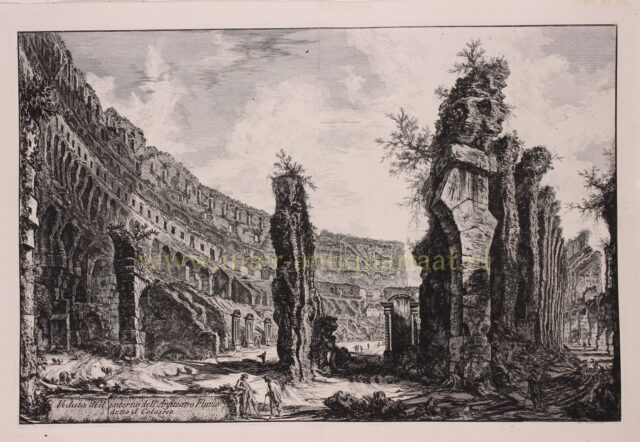 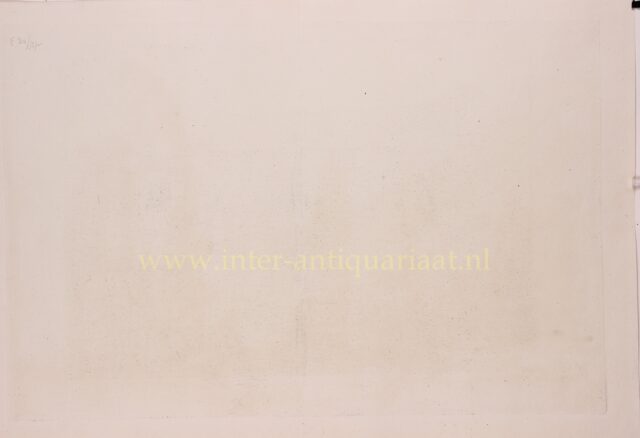 In the 18th century Rome became a new meeting place and intellectual capital of Europe for the leaders of a new movement in the arts. The city was attracting artists and architects from all over Europe beside the Grand Tourists, dealers and antiquarians.

The remains of Rome kindled Piranesi’s enthusiasm. He appreciated not only the engineering of the ancient buildings but also the poetic aspects of the ruins. He was able to faithfully imitate the actual remains; his invention in catching the design of the original architect provided the missing parts.

By 1747, Piranesi had begun work on the Vedute di Roma, and he continued to create plates for this series until he died in 1778. Piranesi’s Vedute, which overshadowed competitor’s views of Roman landmarks through compelling compositions, strong lighting contrasts, and dramatic presentation, shaped European conceptions of present day Rome.

The views were intended as tourist souvenirs and, from their instant popularity, Piranesi had obviously judged the market well.

Piranesi’s interest in ruins was genuine antiquarian desire to preserve and record. He was able to focus in on his awareness of what was noble and magnificent and gain a sense for the sublime in the architectural tradition of Rome. Piranesi’s lifelong obsession with architecture, past and present, was fundamental to his genius. His etched plates contained remarkable imagination and a practical understanding of ancient technology. They created a perception of antiquity lasting to our own time.

It is said that many of the Grand Tourists who visited Rome after seeing his prints were disappointed that the reality of the city didn’t live up to Piranesi’s artwork.

A number of the views -such as this view of the interior of the Colosseum- are notable for depicting human figures whose poverty, lameness, apparent drunkenness, and other visible flaws appear to echo the decay of the ruins. The ruins of Rome may be lamented as a metaphor for the imperfection and transience of human existence.

The Colosseum could hold an estimated 50.000 to 80.000 spectators at various points in its history; it was used for gladiatorial contests and public spectacles including animal hunts, executions, re-enactments of famous battles, and dramas based on Roman mythology, and briefly mock sea battles. The building ceased to be used for entertainment in the early medieval era. It is the largest ancient amphitheatre ever built, and is still the largest standing amphitheatre in the world today.