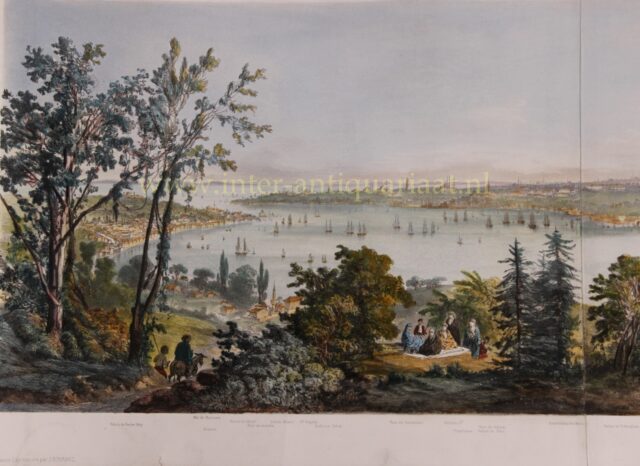 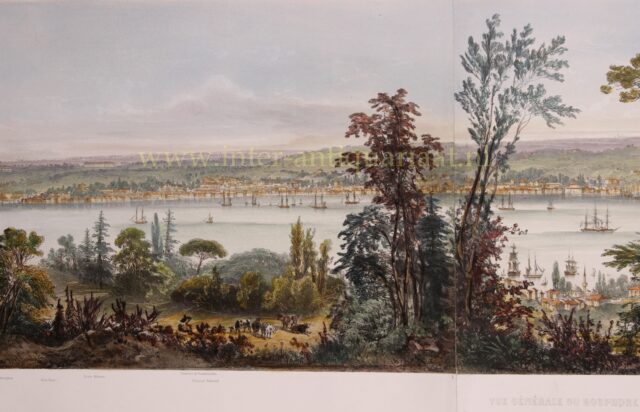 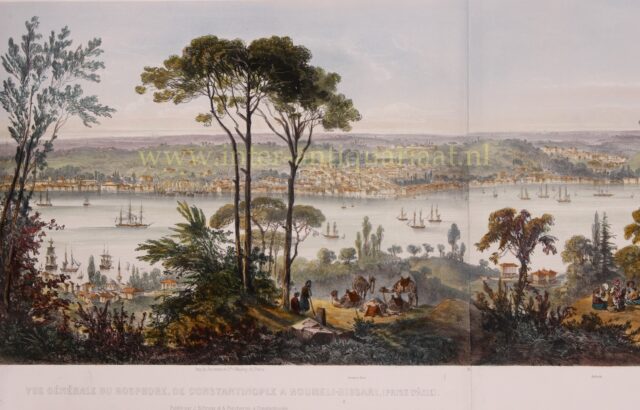 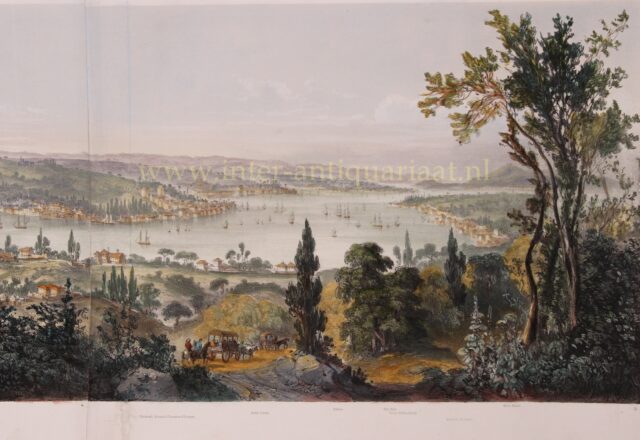 GORGEOUS PANORAMA OF CONSTANTINOPLE AND THE BOSPORUS STRAITS

This rare view shows the city of Istanbul – named Constantinople in those days (until 1932) – looking from the east across the Bosporus Strait from the Sea of Marmara in the south to ‘Mont Géant’ in the north. In the foreground are scenes of local residents engaged in socializing, traveling and other, more traditional activities. Just beyond lies the Bosporus Strait which is filled with dozens of ships including two very early steamships. The city of Constantinople makes up the background, and is depicted in great detail.

According to those accompanying Austrian emperor Franz Joseph, who visited Constantinople with his steamship in 1869, the Bosporus was one of the most splendid landscapes in the Orient. And its appeal is increased by the images from legend and history that appear here in front of the soul of the wanderer. Truly, this trip through the famous strait is a worthy preparation for the first sight of Constantinople, that miraculous city which, as it was centuries ago, is still today the long-awaited destination of mighty conquerors.