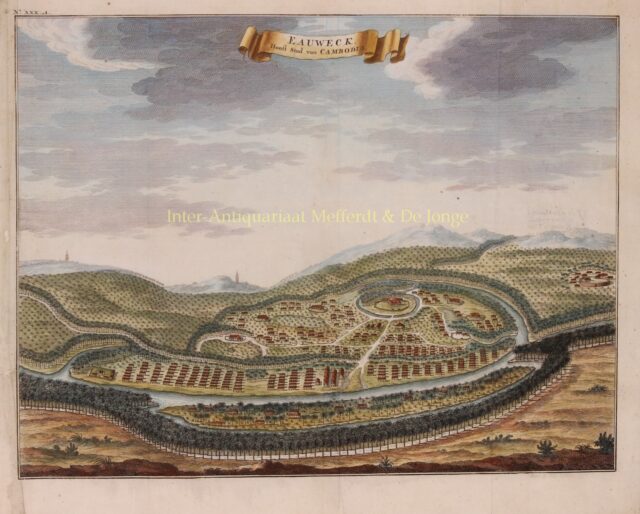 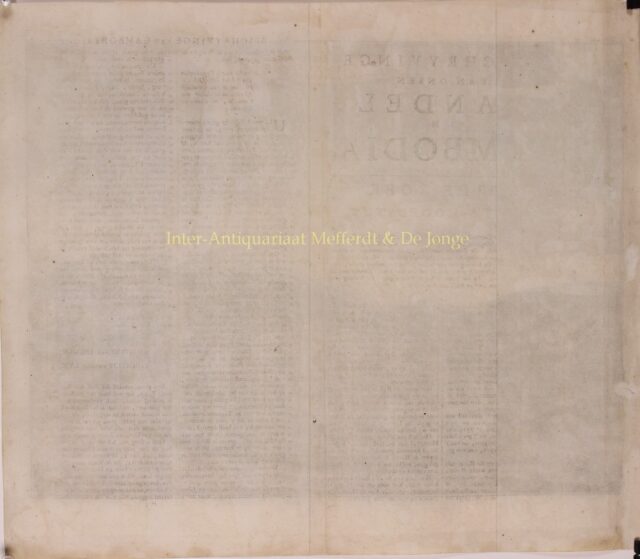 The city of Lauweck (also Loveck, Lawec or Khum Peam Lvek) in Cambodia is located on the Mekong River, near Phnom Penh and Oudong (or Udong), the old capital. As early as 1609, the VOC occasionally sailed from Patani to Cambodia to buy, among other things, deer and rye skins that were in great demand in Japan.

Even after the Dutch East India Company founded a factory [trading post] in 1620, trade was nevertheless disappointing and it was closed again two years later. After that, a post was opened three more times in Lauweck. In 1667 the VOC left Cambodia permanently. In addition to deer and rye skins, the VOC in Cambodia mainly bought food for Batavia, such as rice, butter, salted pork and lard. Also Benzoin resin, lacquer, ivory and gold were also obtained. In return, mainly cotton fabrics were supplied. Lauweck was not a busy trading place. Most of the population lived on agriculture. Because there was little money in circulation, most of the trade was barter.