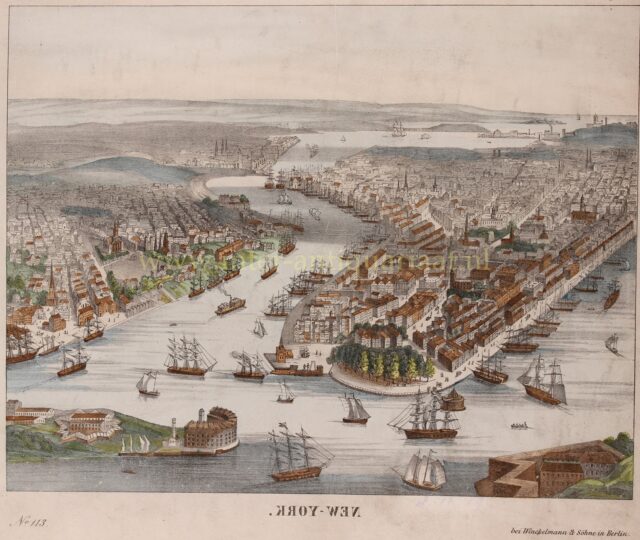 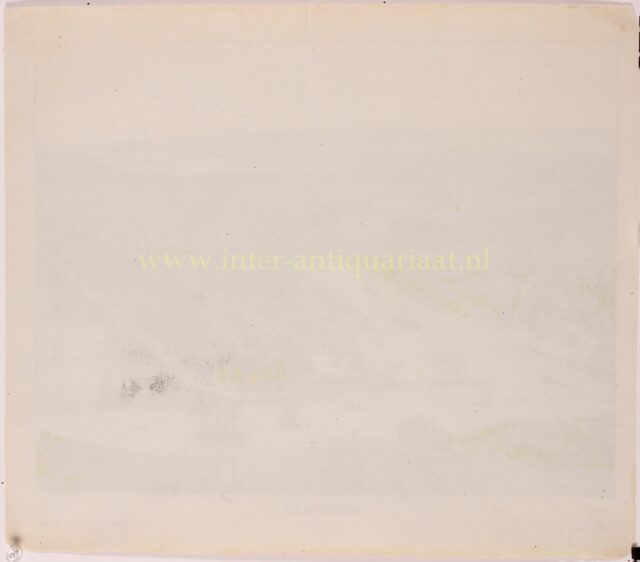 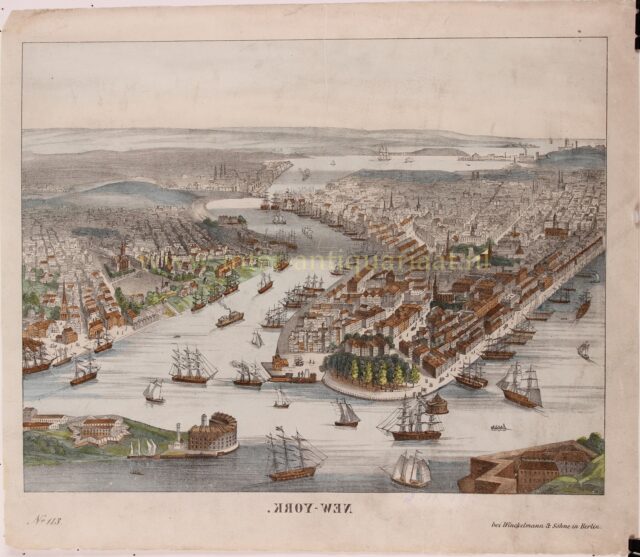 New York began the 19th century as the largest city in the United States, with more than 60 thousand inhabitants, and continued to grow and grow. In 1812, the new City Hall building opened and other institutions moved to the surrounding area in the following decades.

The opening of the Erie Canal, in 1825, boosted trade. New York was the commercial metropolis of the United States and also achieved primacy in manufacturing.

The city’s cosmopolitan attitude and tolerance of many different cultures encouraged many different types of immigrant groups to settle in the city. Starting in the late 1840s, the city saw increased Irish immigration with the Great Irish Famine and German immigration with the Revolutions of 1848. People who came from Ireland were poor, without knowledge of their new world; once arrived on the docks, unscrupulous landlords offered them squalid tenements which were once houses for middle-class New Yorkers. They crowded into dirty rooms, and the slums of the city became known for high rates of disease. Immigrants were skilled laborers and craftsmen, and Germans who settled in a new neighborhood named „Kleindeutschland“ (Little Germany) opened many shops where they worked as artisans. Many Irish immigrants were responsible for building the subway and sky-scrapers.

Raw unregulated capitalism created large middle, upper-middle and upper classes, but its need for manpower encouraged immigration into the city on an unprecedented scale, with mixed results. The famed ‚melting pot‘ was brought into being, from which multitudes have since arisen in the successful pursuit of the American Dream. In the mid-to-late 19th century, areas of poverty could be found in contrast between rich stretches of lower Broadway, Washington Square, Gramercy Park and Lafayette Street (wealth that would later take up more extravagant residence on Fifth Avenue) and the squalid enclave of Five Points (abject poverty later to occupy the Lower East Side).

This lithograph of New York was printed as a mirrored image as it was meant as a vue d’optique, a perspective view providing the illusion of depth when viewed trough a lens and mirror.