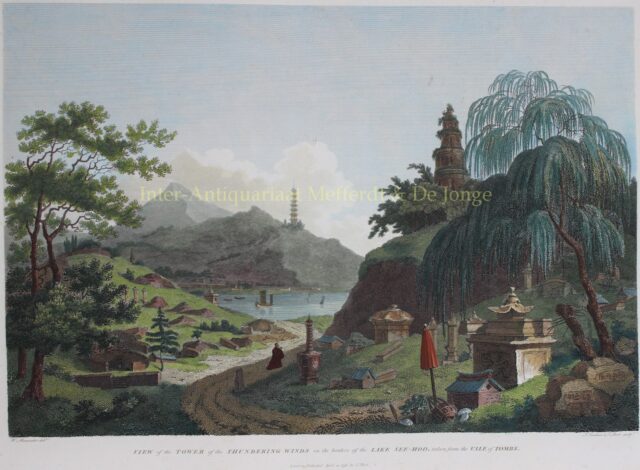 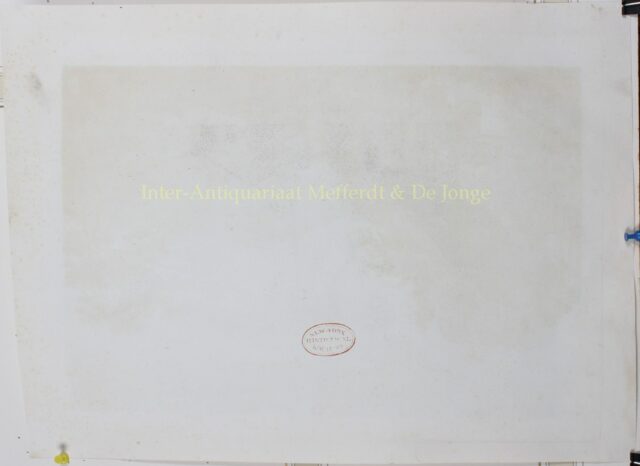 “View of the Tower of the Thundering Winds on the borders of Lake See-Hoo taken from the Vale of Tombs” Copper engraving by J. Landseer and J. Shirt after a drawing by William Alexander (1767-1816) from the “Authentic account of an embassy from the King of Great Britain to the Emperor of China; including cursory observations made, and information obtained, in travelling through that ancient empire” written by Sir George Leonard Staunton and published April 12, 1796 in London by G. Nicol. Coloured by a later hand. Size (image): 30,5 x 45,2 cm.

Staunton describes this particular scene as follows: “This lake (西湖, Xī Hú, or West Lake, Hangzhou province), on the borders of which stands the wealthy and extensive city of Hang-choo-foo, with the surrounding scenery, is accounted one of the grandest, as well as most beautiful, spots in all China. The Lui-fung-la or tower of the thundering winds, standing on the point of a promontory jetting into the lake, forms a bold object. It is said to have been built in the time of the philosopher Confucius, who lived three centuries before the Christian aera. In the Vale of Tombs the variety of monuments is almost infinite. Abundance of naked coffins lie scattered upon the ground; and the sides of the hills that rise from the vale are thickly set with groups of sarcophagi, in the shape of small houses arranged in such a manner as to look like so many Lilliputian villages.”