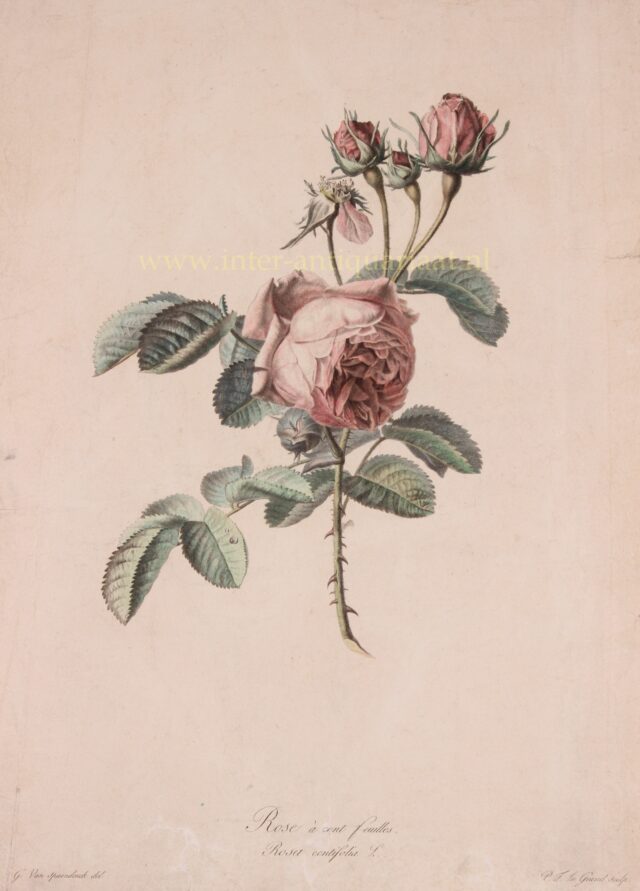 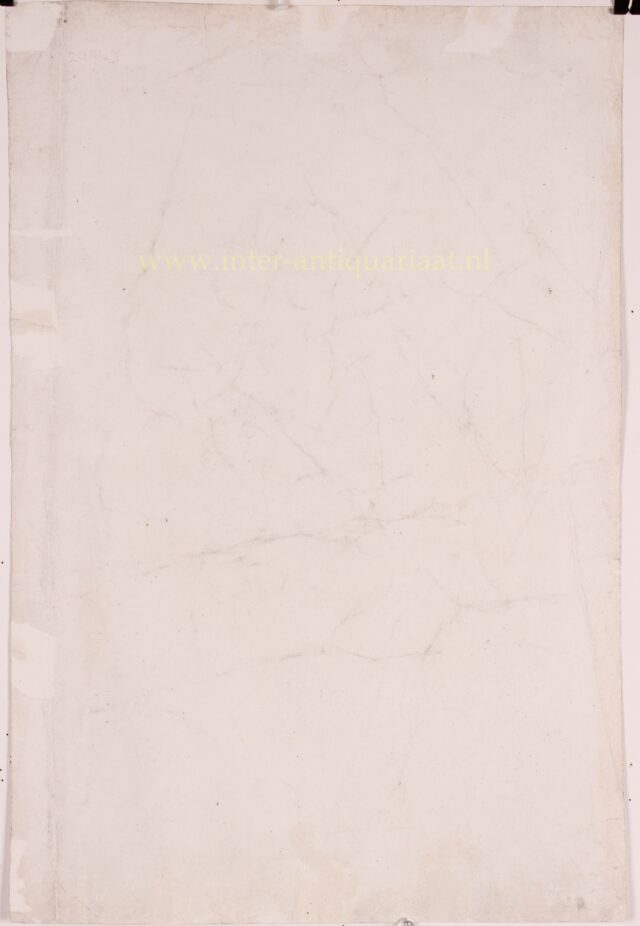 “Rose a cent feuilles” [rose with one hundred petalls) or cabbage rose, stippel engraving made by P.F. le Grand after a drawing by Gerard(us) van Spaendonck from the Fleurs dessinées d’après nature, published between 1799 and 1801. With original hand colouring. Size. (print) approx. 50 x 33 cm.

The Centifolia roses date from around 1550. Although once regarded as forms of a species, they are now thought most likely to be hybrids between the autumn damask and an alba rose. Centifolias are usually compact bushes with heavy double flowers which often droop under there own weight. The colours varied from white to deep rose red plus striped and spotted varieties. They were much featured in the paintings of the Dutch masters and came to be known as “The rose of the painters”.

It has fragrant, mid pink, double flowers, the buds of which are covered in fine tubercles or filaments known as moss. Mosses are natural mutations which first occurred on Damask and Centifolia roses. They were very fashionable in the early eighteenth and nineteenth centuries when several hundred forms were raised.