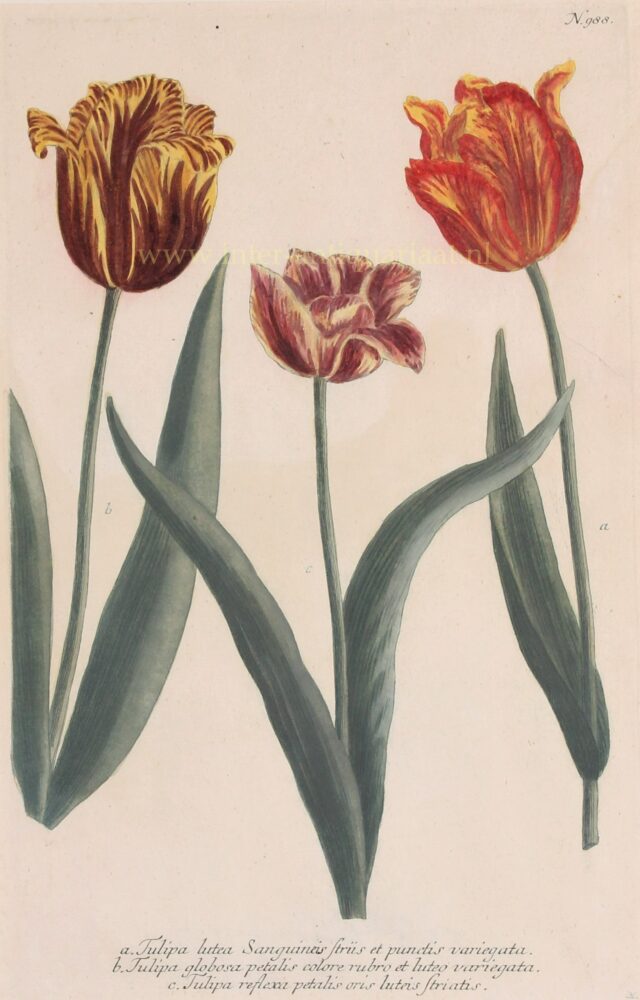 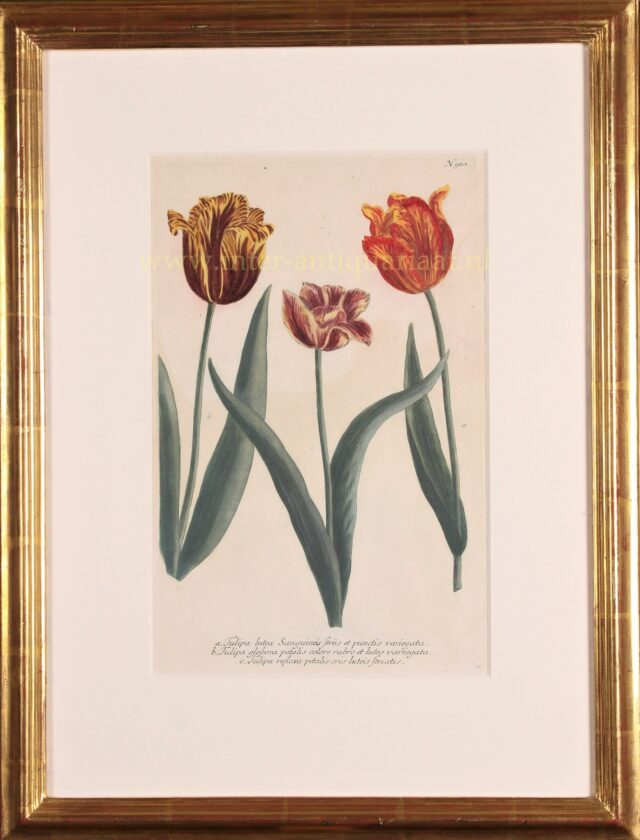 Tulips, etching with mezzotint from the “Phytanthoza iconographia“, a florilegium published by Johann Wilhelm Weinmann between 1737 and 1745. Printed in colours with hand finishing. Size: 33,5 x 21,5 cm. (Frame: 42 x 55 cm.)

The mezzotint process used for the Phytanthoza had been invented by Johan Teyler in the Netherlands around 1688. This particular plate was made by by Johann Jakob Haid (1704-67), who combined etching and mezzotint, which made delicate lines and a very fine grain possible. The addition of hand-tinting brought about unusual and subtle effects.