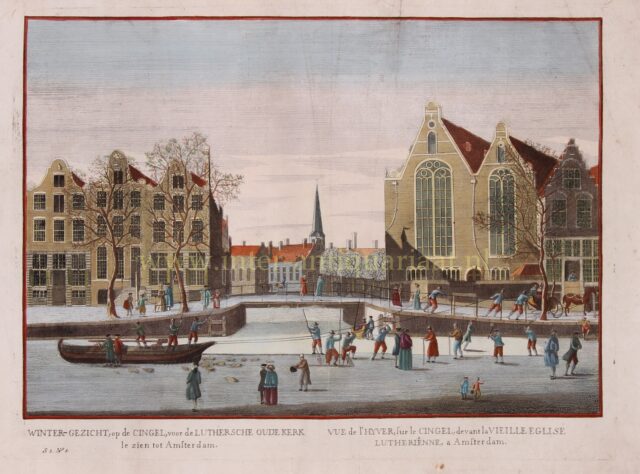 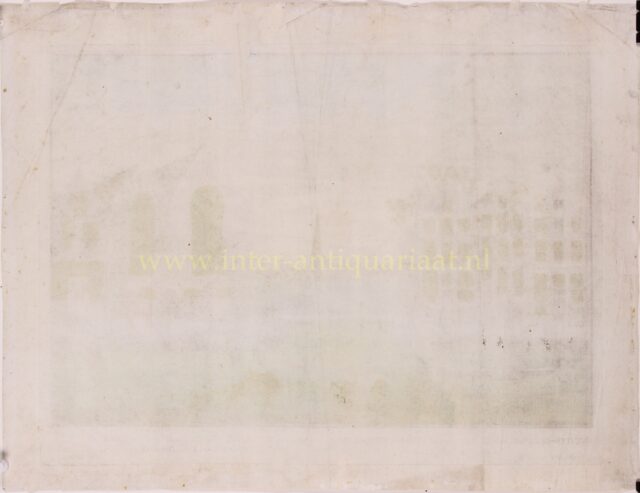 Amsterdam, winter on the Singel canal – after Herman Schouten, c. 1783

Before the Amsterdam brewers had reached an agreement on an financing and icebreaker, breaking the the for a barge with fresh water often failed. Some stingy Amsterdam brewers therefore used dirty water that had melted from ice with an occasional dog or cat still frozen in it, which did not improve the quality of the beer.

When eventually, there was an icebreaker on the Amstel to collect clean water from the country side, the water was inspected upon arrival in the city and transferred to a smaller barge to transport the water over the canals to the breweries. The engraving shows us a man-drawn barge being guided through a fairway, which is being cut and sawn into the canal. In order to make way, two men stood on the edge of an ice floe, so that it sank slightly on one side and then pushed it with an ice pick underneath the ice deck still intact.