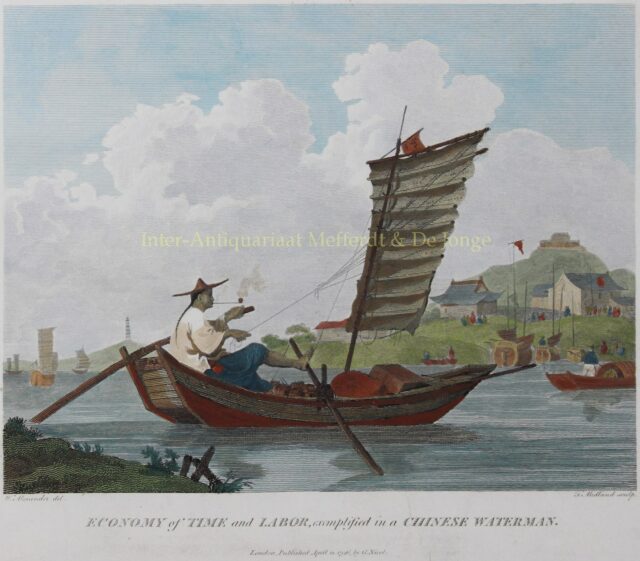 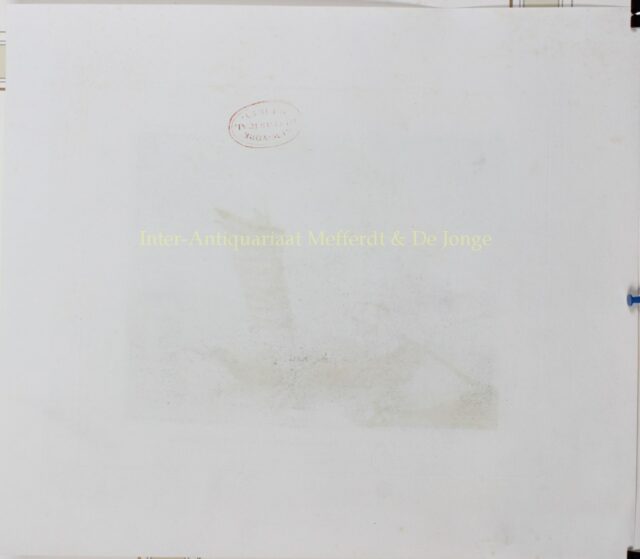 “Economy of Time and Labor, exemplified in a Chinese Waterman” Copper engraving by P. Medland after a drawing by William Alexander (1767-1816 ) from the “Authentic account of an embassy from the King of Great Britain to the Emperor of China; including cursory observations made, and information obtained, in travelling through that ancient empire” written by Sir George Leonard Staunton and published April 12, 1796 in London by G. Nicol. Coloured by a later hand. Size (image): 17,9 x 23 cm.

On his journey to Canton Staunton is impressed with the efficiency of the sailors: “The number of craft of all kinds on the part of the river near the city was immense; but they were all conducted without confusion. The watermen were uncommonly expert, and it was not unusual to see a large boat entirely managed by one man, who rowed, sailed, steered, and smoked his pipe at the same time. He held the sheet or strong rope belonging to the sail with one hand, he steered the boat with the other, and with his foot he pulled an oar, which he feathered at every stroke as neatly as could be done by the hand.”