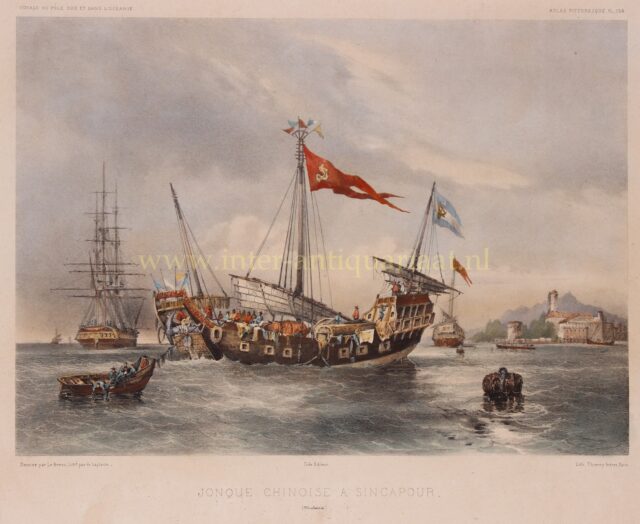 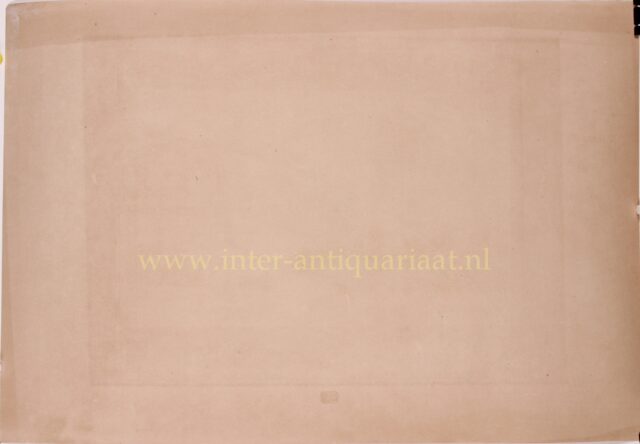 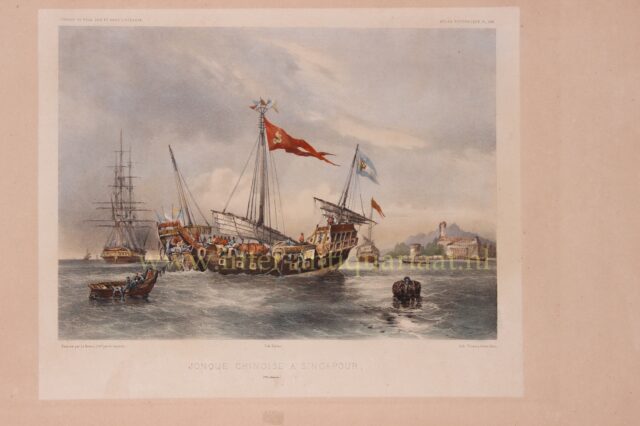 VIEW OF A CHINESE JUNK IN THE HARBOUR OF SINGAPORE

This rare lithograph of Singapore was made from sketches while the Astrolabe and Zellee, under the command of Dumont D’Urville (1790-1842) anchored at Singapore for six days in June 1839.

Depicted is a Chinese junk among European ships and shows the first European Court House in Singapore on the right.

During the subsequent decades, Singapore grew to become an important port in the region. Its status as a free port provided a crucial advantage over other colonial ports in Batavia and Manila and it drew many Chinese, Malay, Indian, and Arab traders operating in South-East Asia to Singapore.

The population would quadruple from 1830 to 1867. Most people had no access to public health services and diseases such as cholera and smallpox caused severe health problems, especially in overcrowded working-class areas. The administration was ineffectiveness and due to the nature of the population, which was predominantly male, transient, and uneducated, the society was lawless and chaotic. Prostitution, gambling, and drug abuse (particularly of opium) were widespread.

It is said that this lithograph is one of the earliest obtainable views of Singapore.