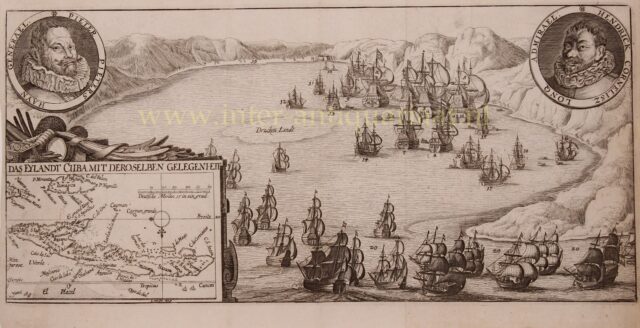 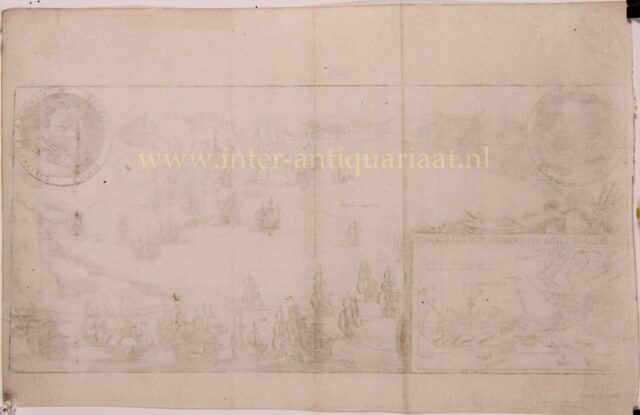 In 1628, Admiral Piet Hein sailed out to capture the Spanish treasure fleet loaded with silver from their American colonies.

Sixteen Spanish ships were intercepted: one galleon was taken after a surprise encounter during the night, nine smaller merchants were talked into surrendering; two small ships were overtaken at sea, and four fleeing galleons were trapped on the Cuban coast in the Bay of Matanzas. After some musket volleys from Dutch sloops, these ships also surrendered.

Altogether, Piet Hein captured 11,509,524 guilders of booty in gold, silver and expensive trade goods, such as indigo and cochineal, without any bloodshed. The Dutch didn’t keep their prisoners: they gave the Spanish crews ample supplies for a march to Havana. The released men were surprised to hear the admiral personally giving them directions in fluent Spanish; Hein after all was well acquainted with the language as he had been a Spanish prisoner after 1603. The taking of the treasure was the Dutch West India Company’s greatest victory in the Caribbean.

We see the Spanish galleons sailing around a “Drucken Landt” [dry area]. (Their ships were stuck in the mud, preventing them from aiming their guns.) Piet Hein’s fleet is just coming into the bay and closing off the entrance. Admiral Hendrik Loncq assisted Piet Hein in the operation. Both are depicted at the top of the print. The inset map shows the island of Cuba, with the north at the bottom.