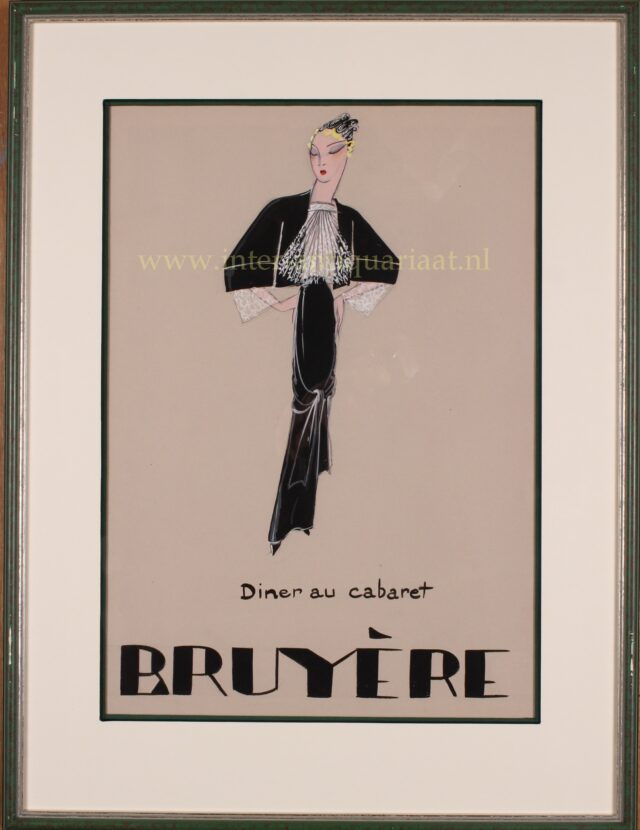 Mme. Bruyère (1884 – after 1959) was born in the French countryside, but her ambitious parents moved to the growing suburbs of Paris, where things went well for them. They lived in the chic Saint Gratien, where Princesse Mathilde (the niece of Napoleon I) also lived. She followed her education with Cheruit and then with Lanvin. In 1928 she opened her own “Bruyère Couture“, and with her collection of early 1930 she placed herself among the leading young fashion designers of her time such as Schiaparelli, Alix, Rochas and Mainbocher. Her fame grew internationally, allowing her to open a grand salon on Place Vendôme in 1937.

Bruyère’s designs were exported to the United States, and in 1932, Fortune noted that in the stores of Manhattan Bruyère was the third most popular name, behind Vionnet and Lanvin.

Her clothing was chic, very wearable and above all fashionable, striking because of its subtle and unusual design elements. With two shows per year with 200 models each, she had a huge production and had 328 employees in 1947. Her business grew until the mid-1950s. When people switch to prêt-à-porter, within a few years her business ceases to exist.